The concentration–effect relationship of many protein drugs, however, cannot be described by direct link PK/PD models, but is characterized by a temporal dissociation between the time courses of plasma concentration and effect. 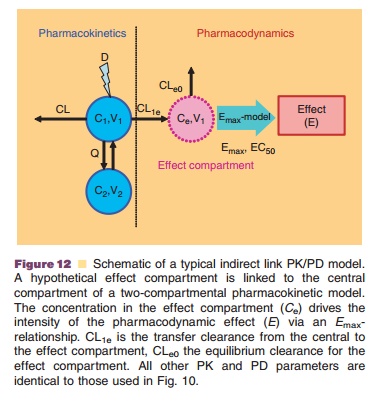 Although this PK/PD model is constructed with tissue distribution as the reason for the delay of the effect, the distribution clearance to the effect compart-ment can be interpreted differently, including other reasons of delay, such as transduction processes and secondary post receptor events. 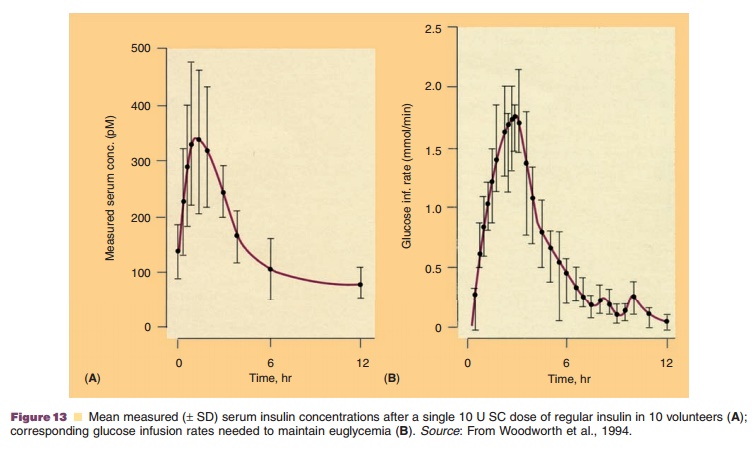 The hypoglycemic effect of insulin has been modeled by this type of PK/PD model (Hooper, 1991; Woodworth et al., 1994). Figure 13 shows the mean serum concentration profile of insulin after a single SC injection of 10 U in 10 volunteers, and the correspond-ing effect measured as the glucose infusion rate to maintain an euglycemic state. Figure 14 shows the hysteresis in the concentration–effect relationship, and how a typical sigmoidal concentration–effect curve is obtained with the hypothetical effect con-centration using a one-compartment pharmacokinetic model with indirect link (Woodworth et al., 1994).