What is ghost interference?

Ghost interference arises as a result of discrete reflections of the signal from the surface of buildings, bridges, hills, towers etc. Since reflected path is longer than the direct path, the reflected signal takes a longer time to arrive at the receiver.

Why is a SAW filter preferred over conventional trap circuits for IF band shaping?  / What are the advantages of SAW filter?

The mechanical acoustic waves are created on a piezoelectric surface by suitable electrodes; frequency selective filtering action can be arranged by interference effects produced by waves.The output of SAW filter is maximum with half wavelength equal to the pitch. At other wavelengths, cancellation takes place.

Saw filters are compact, rigid and cost effective than conventional trap circuits Used for video IF selection of TV receivers on a mass production scale, to replace the LC filters by solid state block filters. 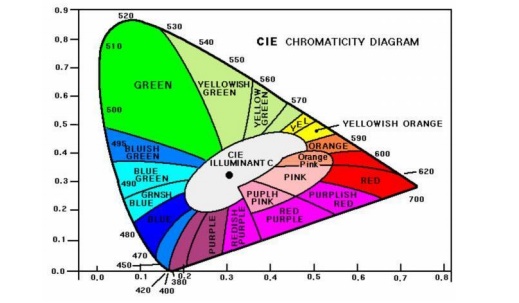 Descramble in Cable television context is the act of taking a scrambled or encrypted Video Signal one that has been processed by a scrambler and provided by a Cable Television company for Premium television services and is then supplied over a Coaxial cable and delivered to the household where a Set-top box reprocesses the signal, thus descrambling it making it available for viewing on the Television set.

A descrambler is a device that restores the picture and sound of a scrambled channel.

A descrambler must be used with a Cable converter box to be able to decrypt all the premium & pay-per-view channels of a Cable Television System.

What are the basic elements of any projection system?

Prism or semi mirror for converge the light

What are the primary colors? Why are they called so?

The additive mixing of Red, Green, and Blue produce all the colors encountered in everyday life. Hence they are called primary colors.

What is the cause for ghost image in TVs?

How does the higher definition television differ from a conventional television?

Improvement in both vertical and horizontal resolution of the reproduced Picture by approximately 2:1 over existing standards.

Higher aspect ratio of at least 5:3

This instrument combines a sweep generator, a marker generator and an oscilloscope all in one.

It is a very useful single unit for alignment of RF, IF and video sections of a TV receiver.

It may not have all the features of a high quality sweep generator but is an economical and compact piece of equipment specially designed for television servicing.

The oscilloscope usually has provision for TV-V and TV-H sweep modes. A RF output down to 1 MHz is also available for video amplifier testing

What is the application of degaussing circuit?

What do you understand by degaussing?

Degaussing means demagnetizing. It is the process of removal magnetic flux forms the magnetized parts in the TV.

The steel chassis and internal frame that hold mask are subject to induced magnetization whenever the picture tube is switched on.

This induced magnetic field can affect the electron beam path and produce errors in color purity. In order to prevent such effect the picture tubes are magnetically shielded.

For this thin silicon steel is housed around the bell of the tube. The mask structure shied material has non-zero retention and so they get weakly magnetized the magnetic field of earth.

When the receiver is switched on a strong current passes through the degaussing coil. After a few seconds this current is dropped to very low level.

What are weighting factors?

The color plexed composite video signal’s amplitude exceeds the 100% modulation. So, it is not practicable to transmit this combined signal waveform.

Both (R-Y) and (B-Y) signals are multiplied by some factor to reduce the amplitude. This multiplying factor is known as “weighting factor”.

The weighting factor for R-Y signal is 0.877

The amplitude of the y signal should not be reduced. If it is done the brightness of the picture will be reduced.

Why is static convergence adjustment inadequate?

Why is scrambling needed in Television systems?

It is to suppress the sync signals at transmitting end

The picture without H and V sync cannot lock into steady picture seen as rolling picture and diamond bars.

For descrambling, a pilot carrier containing the sync timing information is transmitted on separate carrier.

Another method with great security and complexity is baseband scrambling, the scrambled coded lines are decoded and it requires demodulation process.

Scrambling is possible by digital processing of video and audio and introducing complex encryption and smart keyboard for controlled access.

Why is a portion of the lower sideband of the AM picture signal transmitted along with the carrier and full VSB?

In AM, very low frequencies contain useful information. This frequencies give rise to sidebands that are very close to the carrier frequency and suppression of lower sideband will leads to objectionable phase error.

To avoid these problems we need to transmit the full upper sideband and part of the lower sideband.

What kind of modulation used for sound signal? Why?

It is possible to accommodate a large number of radio broadcast stations in the limited broadcast band. Since most of the sound signal energy is limited to lower audio frequencies, the sound reproduction is quite satisfactory.

Frequency modulation, that is capable of providing almost noise free and high fidelity output needs a wider swing in frequency on either side of the carrier. This can be easily allowed in a TV channel, where, because of very high video frequencies a channel bandwidth of 7 MHz is allotted.

In FM, where highest audio frequency allowed is 15 kHz, the sideband frequencies do not extend too far and can be easily accommodated around the sound carrier that lies 5.5 MHz away from the picture carrier. The bandwidth assigned to the FM sound signal is about 200 kHz of which not more than 100 kHz is occupied by  sidebands of significant amplitude. The latter figure is only 1.4 per cent of the total channel bandwidth of 7 MHz. Thus, without encroaching much, in a relative sense, on the available band space for television transmission all the advantages of FM can be availed.

How pincushion error can be corrected in color picture tube?

Since magnetic deflection of the electron beam is along the path of an arc, with point of deflection as its centre, the screen should ideally have corresponding curvature for linear deflection.

However, in flat screen picture tubes it is not so and distances at the four corners are greater as compared to central portion of the face plate. Therefore electron beam travels farther at the corners causing more deflection at the edges. This results in a stretching effect where top, bottom, left and right edges of the raster tend to bow inwards towards the centre of the screen.

Such a distortion is more severe with large screen picture tubes having deflection angles of 90° or more.

Permanent magnets will solve the purity problems in color picture tube. A dynamic correction method is employed to eliminate the problem. The correction automatically increases the horizontal width and vertical size of the raster due to the pin cushion distortion.

What are the drawbacks of Delta gun picture tube?

The convergence problems are very difficult to recover

Very complex arrangements are required to make the entire electron beam incident on their corresponding phosphor dots at every part of the screen.

The focus is not sharp over the complete screen.

Since the electron transparency is very low, lot of energy is wasted in the receiver.