the energy depends only on the value of principal quantum number.

From this equation, we know that the energy depends only on the value of principal quantum number. As the n value increases the energy of the orbital also increases. The energies of various orbitals will be in the following order:

The electron in the hydrogen atom occupies the 1s orbital that has the lowest energy. This state is called ground state. When this electron gains some energy, it moves to the higher energy orbitals such as 2s, 2p etcâ€¦ These states are called excited states.

However, the above order is not true for atoms other than hydrogen (multi-electron systems). For such systems the SchrĂ¶dinger equation is quite complex. For these systems the relative order of energies of various orbitals is given approximately by the (n+l) rule. It states that, the lower the value of (n + l) for an orbital, the lower is its energy. If two orbitals have the same value of (n + l), the orbital with lower value of n will have the lower energy. Using this rule the order of energies of various orbitals can be expressed as follows. 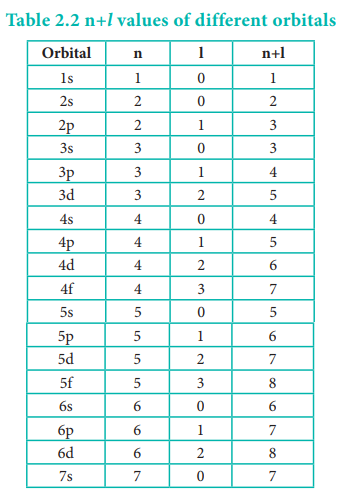 Based on the (n+l) rule, the increasing order of energies of orbitals is as follows:

As we know there are three different orientations in space that are possible for a p orbital. All the three p orbitals, namely, px, py and pz have same energies and are called degenerate orbitals. However, in the presence of magnetic or electric field the degeneracy is lost. 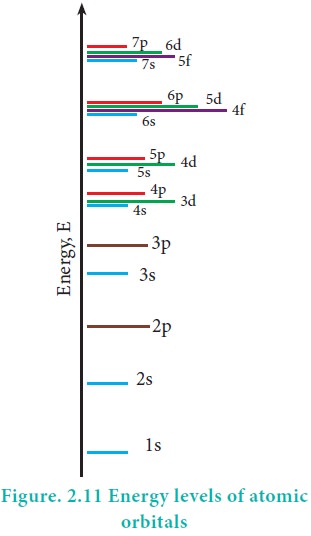