Compensatory mechanisms generally present in patients with heart failure include increased pre-load, activation of the sympathetic nervous system and the renin–angiotensin–aldosterone system, and increased release of AVP.

Compensatory mechanisms generally present in patients with heart failure include increased pre-load, activation of the sympathetic nervous system and the renin–angiotensin–aldosterone system, and increased release of AVP. Although these mechanisms can initially compensate for mild to moderate cardiac dysfunction, with increasing severity of dysfunction, they may actually contrib-ute to the cardiac impairment. Many of the drug treatments of chronic heart failure serve to coun-teract these mechanisms.

An increase in ventricular size not only reflects an inability to keep up with an increased circulating blood volume, but also serves to increase stroke vol-ume by moving the heart up the Starling curve (see Figure 20–4). Even when EF is reduced, an increase in ventricular end-diastolic volume can maintain a normal stroke volume. Worsening venous conges-tion caused by the pooling of blood behind the fail-ing ventricle and excessive ventricular dilatation can rapidly lead to clinical deterioration. Left ventricu-lar failure results in pulmonary vascular congestion and progressive transudation of fluid, first into the pulmonary interstitium and then into alveoli (pul-monary edema). Right ventricular failure leads to systemic venous hypertension, which results in peripheral edema, hepatic congestion and dysfunc-tion, and ascites. Dilatation of the annulus of either AV valve leads to valvular regurgitation, further impairing ventricular output. 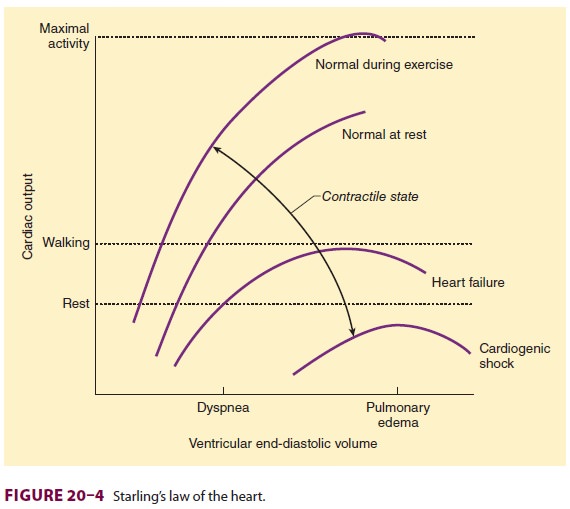 Sympathetic activation increases release of norepi-nephrine from nerve endings in the heart and the adrenal secretion of epinephrine into the circula-tion. Plasma catecholamine levels are generally directly proportional to the degree of left ventricu-lar dysfunction. Although enhanced sympathetic outflow can initially maintain cardiac output by increasing heart rate and contractility, worsening ventricular function elicits increasing degrees of vasoconstriction in an effort to maintain arterial blood pressure. The associated increase in afterload, however, reduces cardiac output and exacerbates the ventricular failure.Chronic sympathetic activation in patients with heart failure eventually decreases the response of adrenergic receptorsto catecholamines (receptor uncoupling), the number of receptors (down-regulation), and cardiac catecholamine stores. 11 Nonetheless, the failing heart becomesincreasingly dependent on circulating cate-cholamines. Abrupt withdrawal in sympathetic out-flow or decreases in circulating catecholamine levels, such as can occur following induction of anesthesia, may lead to acute cardiac decompensa-tion. A reduced density of M 2 receptors also decreases parasympathetic influences on the heart.

Sympathetic activation tends to redistribute systemic blood flow output away from the skin, gut, kidneys, and skeletal muscle to the heart and brain. Decreased renal perfusion, together with β1-adrenergic activity at the juxtaglomerular appa-ratus, activates the renin–angiotensin–aldosterone axis, which leads to sodium retention and intersti-tial edema. Moreover, vasoconstriction secondary to elevated angiotensin II levels increases left ven-tricular afterload and causes further deterioration of systolic function. The latter partially accounts for the efficacy of angiotensin-converting enzyme (ACE) inhibitors and angiotensin receptor block-ers in heart failure. Symptoms may also improve in some patients with careful, low-dose β-adrenergic blockade. Outcomes in heart failure are improved by administration of ACE inhibitors (and/or angiotensin receptor blockers), certain long-acting β-blockers (carvedilol or extended release meto-prolol), and aldosterone inhibitors (spironolactone or eplerenone).Circulating AVP levels, often markedly increased in patients with severe heart failure, will increase ventricular afterload and are responsible for a defect in free water clearance that is commonly associated with hyponatremia.

Brain natriuretic peptide (BNP) is produced in the heart in response to myocyte distention. Elevated BNP concentration (>500 pg/mL) usually indicates heart failure, and measurement of BNP concentration can be used to distinguish between heart failure and lung disease as a cause of dyspnea. Recombinant BNP was developed as a vasodilator and inhibitor of the renin–angiotensin–aldoste-rone system for use in patients with severe decom-pensated heart failure, but outcomes were not improved with its use.

Ventricular hypertrophy can occur with or without dilatation, depending on the type of stress imposed on the ventricle. When the heart is subjected to either pressure or volume overload, the initial response is to increase sarcomere length and optimally overlap actin and myosin. With time, ventricular muscle mass begins to increase in response to the abnormal stress.

In the volume-overloaded ventricle, the prob-lem is an increase in diastolic wall stress. The increase in ventricular muscle mass is sufficient only to compensate for the increase in diameter: The ratio of the ventricular radius to wall thickness is unchanged. Sarcomeres replicate mainly in series, resulting in eccentric hypertrophy. Although ven-tricular EF remains depressed, the increase in end-diastolic volume can maintain normal at-rest stroke volume (and cardiac output).

The problem in a pressure-overloaded ven-tricle is an increase in systolic wall stress. In this case, sarcomeres mainly replicate in parallel, result-ing in concentric hypertrophy: The hypertrophy is such that the ratio of myocardial wall thickness to ventricular radius increases. As can be seen from Laplace’s law, systolic wall stress can then be nor-malized. Ventricular hypertrophy, particularly that caused by pressure overload, usually results in pro-gressive diastolic dysfunction. The most common reasons for isolated left ventricular hypertrophy are hypertension and aortic stenosis. 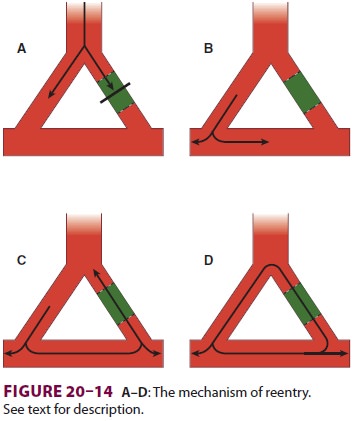 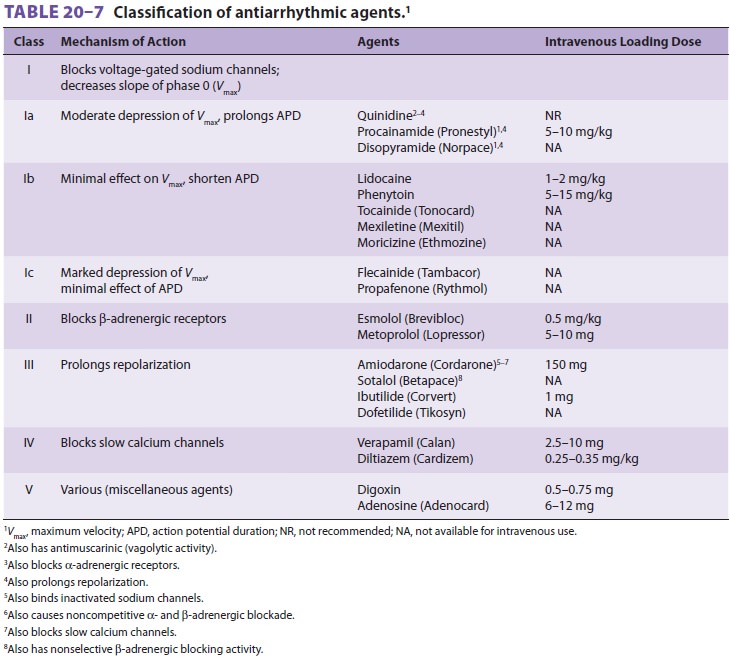 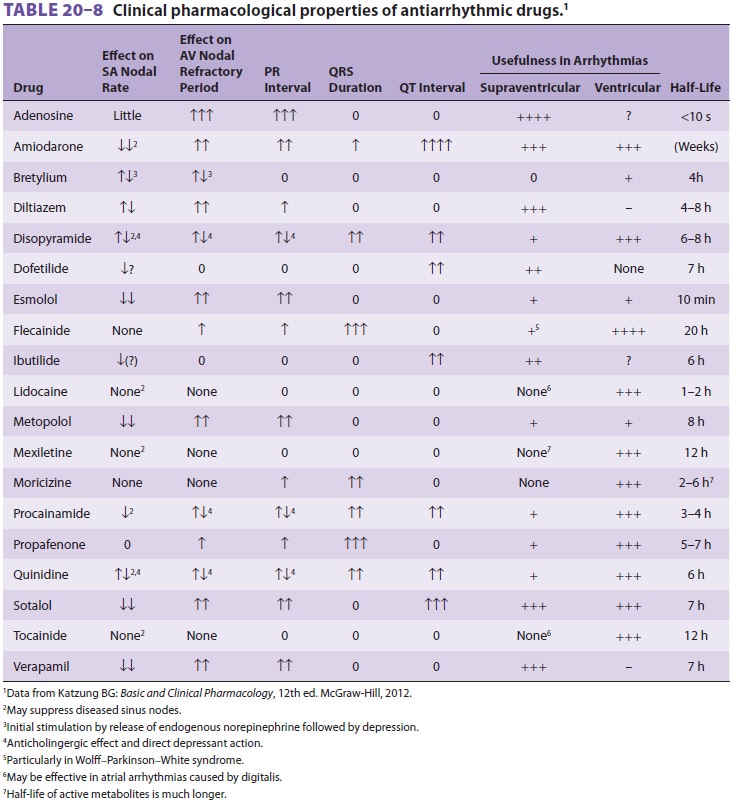