Automaticity can be defined as the ability of a cell to al-ter its resting membrane potential toward the excitation threshold without the influence of an external stimulus. 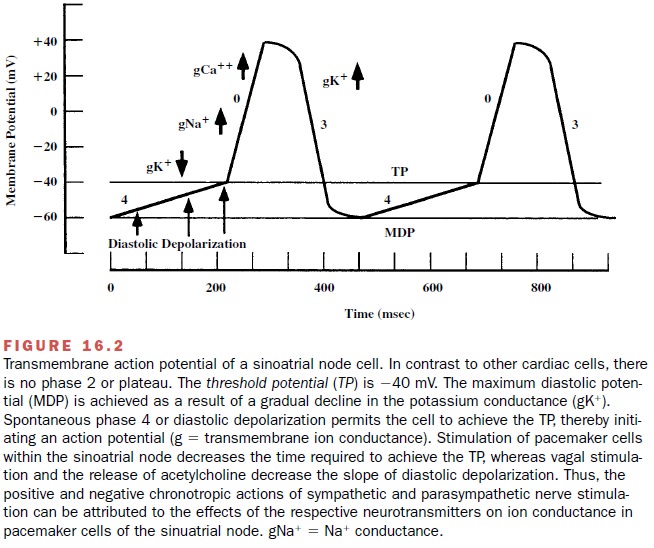 In combination, this results in slow depolar-ization of the myocyte. If the membrane potential de-polarizes above the threshold for the opening of ICa , an action potential is generated.

The rate of pacemaker discharge within these spe-cialized myocytes is influenced by the activity of both divisions of the autonomic nervous system. Increased sympathetic nerve activity to the heart, the release of catecholamines from the adrenal medulla, or the exoge-nous administration of adrenomimetic amines will cause an increase in the rate of pacemaker activity through stimulation of Î˛-adrenoceptors on the pace-maker cells (Figure 16.3). 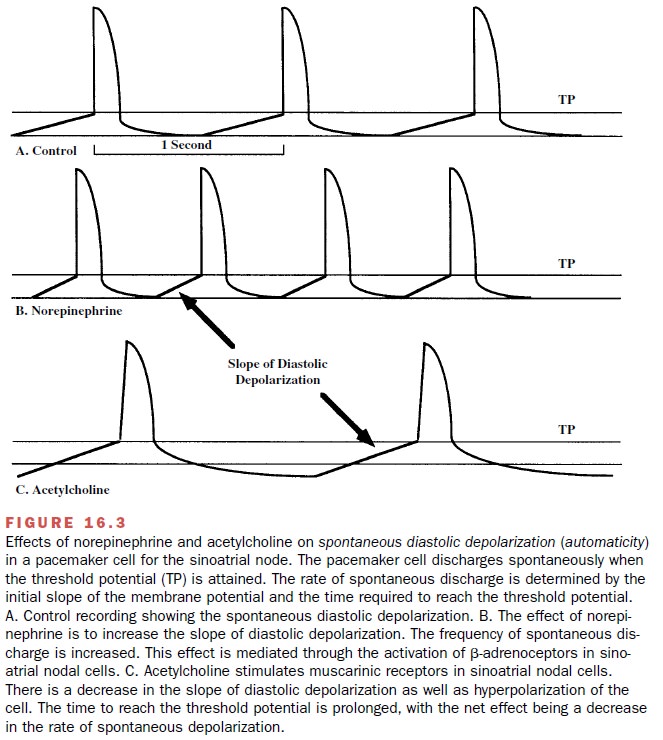 The parasympathetic nervous system, through the vagus nerve, inhibits the spontaneous rate of depolar-ization of pacemaker cells. The release of acetylcholine from cholinergic vagal fibers increases potassium con-ductance (gK+ ) in pacemaker cells, and this enhanced outward movement of K+ results in a more negative potential, or hyperpolarization, of the sinoatrial cells. Thus, during vagal stimulation, the threshold potential of the sinoatrial node pacemaker cells is achieved more slowly and the heart rate is slowed.