Before we start this chapter, it will be helpful if you revise the structure of DNA, Protein synthesis and genetic engineering.

Before we start this chapter, it will be helpful if you revise the structure of DNA, Protein synthesis  and  genetic  engineering.  Genetic engineering involves the manipulation of DNA and naturally occurring processes such as protein synthesis for a wide range of applications including the  production  of  therapeutically  important proteins. This also involves extracting a gene from one organism and transferring it to the DNA of another organism, of the same or another species. The DNA produced in this way is referred to as recombinant DNA (rDNA) and this technique as recombinant DNA technology. All these are part of the broad field biotechnology which can be defined as the applications of scientific and engineering principles to the processing of material by biological agents to provide goods and services.

Biotechnology is an umbrella term that covers various techniques for using the properties of living things to make products or provide services.

The term biotechnology was first used before 20th century for such traditional activities as making idli, dosa, dairy products, bread or wine, but none of these would be considered biotechnology in the modern sense.

In this chapter we will study the applications of bio-technology in various fields including the field of Medicine. Recombinant DNA technology has led to the large scale production of various hormones and proteins of therapeutic use. 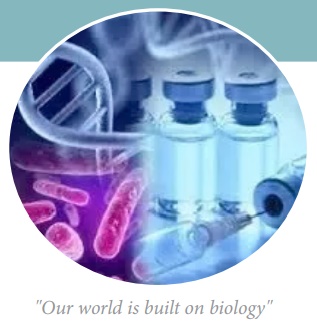