In early days selective breeding methods were carried out to improve the genetic characteristics of live stock and other domestic animals.

In early days selective breeding methods were carried out to improve the genetic characteristics of live stock and other domestic animals. With the advent of modern biotechnology it is possible to carry out manipulations at the genetic level to get the desired traits in animals. Transgenesis is the process of introduction of extra (foreign/exogenous) DNA into the genome of the animals to create and maintain stable heritable characters. The foreign DNA that is introduced is called the transgene and the animals that are produced by DNA manipulations are called transgenic animals or the genetically engineered or genetically modified organisms.

The various steps involved in the production of transgenic organisms are 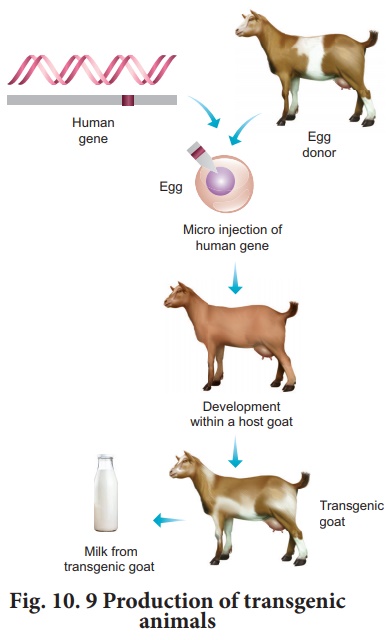 ·                     Transgenesis helps in the improvement of genetic characters in animals.Transgenic animals serve as good models for understanding human diseases which help in the investigation of new treatments for diseases.Transgenic models exist for many human diseases such as cancer, Alzheimer’s, cystic fibrosis, rheumatoid arthritis and sickle cell anemia.

·                     Transgenic animals are used to produce proteins which are important for medical and pharmaceutical applications.

·                     Transgenesis is important for improving the quality and quantity of milk, meat, eggs and wool production in addition to testing drug resistance.