• Maintenance of constant internal environment of the body by different co-ordinating system.

• The maintenance of constant internal environment of the body is due to the functioning of endocrine system and nervous system.

b) If there is more calcium in the blood the other hormone secreted by parathyroid gland called calcitonin acts against the parathormone and reduces calcium level.

2. a) The adrenalin secreted by adrenal gland in emergency increases heart beat rate and blood pressure.

b) The other hormone secreted by adrenal is nor-adrenalin which reduces heart beat rate and blood pressure.

1. a) The sympathetic nervous system at the time of shock induces tear glands to secrete tears.

b) The parasympathetic nerve at the time of shock and emotion reduces the tear secretion.

• Hormones are chemical messengers, because they acts as organic catalysts and co-enzymes to perform specific functions in the target organs.

16. Write the role of oestrogen in ovulation.

2. While the follicles are growing it secretes the hormone oestrogen which in turn promotes the ovum to develop.

3. The shedding up of ovum at the Luteal phase takes place by the influence of Leutenizing hormone.

1. The thyroid gland is a bilobed gland. Each lobe is made up of many lobules.

2. The lobules consists of follicles called acinus. Each acinus is lined with glandular cuboidal or squamous epithelial cells.

3. The lumen of acinus is filled with colloid which contains thyro globulin molecules.

18. Write the causes for diabetes mellitus and diabetes insipidus.

• Diabetes metitus: If the insulin is not secreted sufficiently the liver and muscles are unable to convert the glucose into glycogen. As a result more glucose enters in to the blood stream raising the blood sugar level leads to diabetes mellitus.

• Diabetes Insipidus: The hormone anti diuretic hormone is secreted by the neuro hypophysis, which promotes re absorption of water and thus reduces the loss of water through urine ADH deficiency induces the production of large amount of urine leads to diabetes insipidus.

19. Specify the symptoms of acromegaly

• Acromegaly is due to excessive secretion of growth hormone in adults. The symptoms are over growth of hand bones, feet bones, Jaw bones malfunctioning of gonads enlargement of Viscera. Tongue, lungs, heart, liver spleen, thyroid and adrenal gland.

20. Write the symptoms of cretinism.

1. It is the largest endocrine gland.

2. Thyroid gland is a butterfly shaped bi-lobed gland located below the larynx on each side of upper trachea.

3. The two lateral lobes are connected by a median tissue mass called isthmus.

4. Each lobe is made up of many lobules.

6. Each aninus is lined with glandular cuboidal squamous epithelial cells.

7. The lumen of acinus is filled with colloid a thick glycoprotein mixture consisting of thyroglobulin molecules. 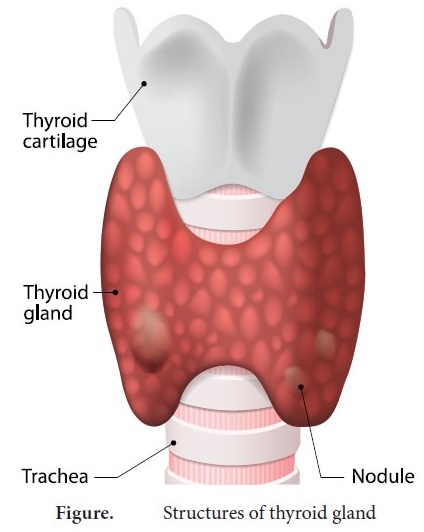 22. Name the layers of adrenal cortex and mention their secretions.

constitute about 19% of cortex and secretes adrenal androgen and small amount of estrogen and glucocornticoids.

Hyperglycemia is condition in which there is increased blood glucose level, it may be due to the reduced secretion of insulin.

24 Write the functions of (CCK) Cholecystokinin.

• Cholecystokinin (CCK) is secreted by duodenum in response to the presence of fat and acid in the diet. It acts on the gall bladder to release bile into duodenum and stimulates the secretion of pancreatic enzymes and its discharge

25. Growth hormone is important for normal growth. Justify the statement.

Growth hormone promotes growth of all the tissues and metabolic process of the cell. The growth hormone stimulates the growth in the following ways

1. It influences the metabolism of carbohydrate proteins and lipids.

2. It increases the rate of protein biosynthesis.

3. It stimulates cartilage formation of condrogenesis.

5. It helps in the retention of minerals like nitrogen, potassium, phosphorous sodium in the body.

6. It increases the release of fatty acid from adipose tissue.

7. It decreases the rate of glucose utilization for energy by the cell, by which it conserves glucose for glucose dependent tissues such as the brain.

26. Pineal gland is an endocrine gland, write its role.

• As pineal gland secretes hormone melotonin it is an endocrine gland.

• Melotonin hormone plays a central role in the regulation of circadian rhythm of our body and maintains the normal sleep wake cycle.

• It also regulates the timing of sexual maturation of gonads.

2. During emergency it increases heart beat rate and blood pressure.

3. It stimulates the smooth muscles of cutaneous and visceral arteries to decrease blood flow.

28. Predict the effects of removal of pancreas from the human body.

• Surgical removal of pancreas is due to some clinical reasons is known as pancreatectomy.

• The following are the effect of pancreatectomy.

• There may be hypoglycemic and hyperglycomic manifestation. As there is a complete absence of endogenous insulin and glycogen leads to pancreatic diabetic mellitus. There may be anastomatic ulcer.

• There may be low level of fat souble vitamin.

• There may be weight loss

• There may be chronic diarrohea

• There may be loss of appetite

• There may be fatiqueness and vomiting, Elevated cholesterol level

• There may be poor life expectancy.

• There may be physical emotional cognitive and social functional declining.

29. Enumerate the role of kidney as an endocrine gland.

• Kidney is a partial endocrine gland. Kidney secretes hormones such as renin, erythropoietin and calcitriol.

• Renin is secreted by Juxta glomerular cells (JGA) which increase blood pressure when angiotensin is formed in blood.

• Erythropoietin is also secreted by JGA cells of the kidney and stimulates the formation of RBC in bone marrow known as erythropoiesis.

• Calcitriol is secreated by proximal tubules of nephron, it is an active form of vitamin D3 which promotes calcium and phosphorus absorption from intestine and accelerates bone formation.

• These are specialized endocrine cells present in gastro-intestinal tract secretes hormones such as gastrin cholecystokinin secretin and gastric inhibitory peptides.

• Gastrin acts on the gastric glands and stimulates the secretion of HC1 and Pepsinogen.

• Cholecystokinin is secreted by duodenum in response to the presence of fat and acid in the diet.

• It acts on the gall bladder to release in to duodenum and stimulates the secretion of pancreatic enzymes and its discharge.

• Secretion acts on acini cells of pancreas to secrete bicarbonate ions and water to neutralize the acidity.