An Invertible Segment of Mu Phage

The split-ended heteroduplexes described in the preceding section are observed with DNA that is obtained from Mu-infected cells.

An Invertible Segment of Mu Phage

The split-ended heteroduplexes described in the preceding section are observed with DNA that is obtained from Mu-infected cells. Mu DNA obtained instead from an induced lysogen yields heteroduplexes con-taining not only the split end, but half of them also contain an internal single-stranded region of 3,000 base pairs that forms a bubble (Fig. 19.11). This bubble results from the fact that the region, called G, is inverted in about half of the phage. 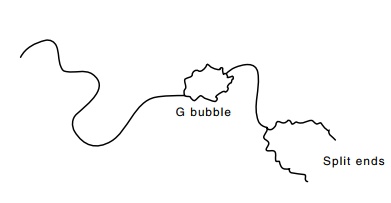 Figure 19.11 Representationof an electron micrograph of a portion of a denatured and rean-nealed Mu phage DNA duplex showing the split ends and G loop

The ability of Mu to invert G can be abolished by a small deletion at the end of G or by a point mutation in the adjacent region of the DNA called gin. This point mutation can be complemented, thereby proving that gin encodes a protein that participates in inversion of G. Curiously, phage P1 also contains the same G loop, and P1 can complement Mu gin mutant.

Genetic analysis of the G region of the phage shows that two sets of genes are involved: S and U, and S’ and U’. S and U are expressed when G is in the plus orientation and S’and U’are expressed when G is in theminus orientation (Fig. 19.12). The promoter for these genes and the initial portion of the S gene is contained in the α region adjacent to G. Thus, G contains a variable portion of S and S’ as well as the intact U and U’ genes. This is an interesting example of a situation in which a given DNA sequence can be used to specify different products.