The vacuole is enclosed by a membrane, called a tonoplast. The number and size of the vacuoles in different plant cells vary greatly.

The vacuole is enclosed by a membrane, called a tonoplast. The number and size of the vacuoles in different plant cells vary greatly. Young cells contain a larger number of smaller vacuoles but, taken as a whole, occupy only a minor part of the cell volume. When cells mature, the individual vacuoles amalgamate to form a central vacuole (Figs. 1.1 and 1.2). The increased vol-ume of the mature cell is due primarily to the enlargement of the vacuole. In cells of storage or epidermal tissues, the vacuole often takes up almost the entire cellular space. 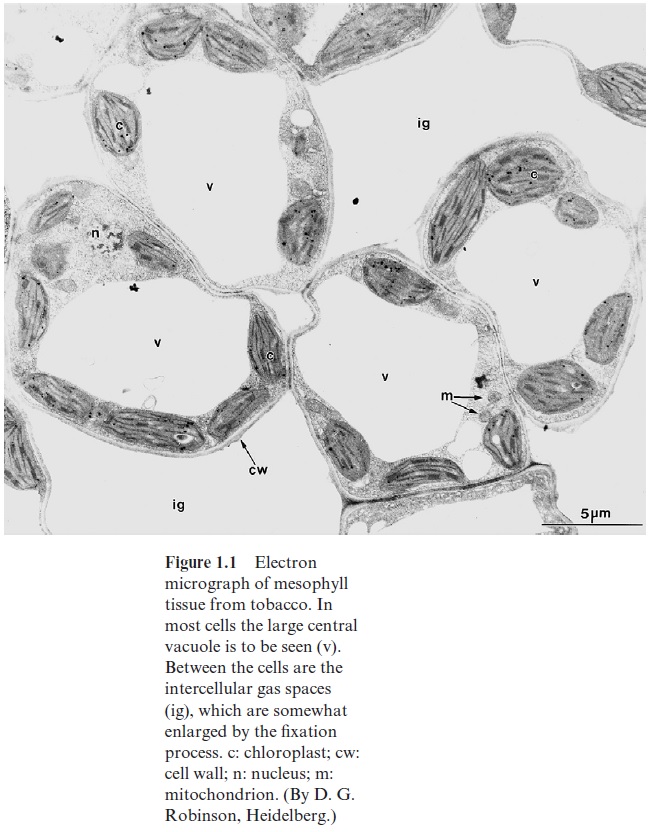 An important function of the vacuole is to maintain cell turgor. For this purpose, salts, mainly from inorganic and organic acids, are accumulated in the vacuole. The accumulation of these osmotically active substances draws water into the vacuole, which in turn causes the tonoplast to press the protoplasm of the cell against the surrounding cell wall. Plant turgor is responsible for the rigidity of nonwoody plant parts. The plant wilts when the turgor decreases due to lack of water. 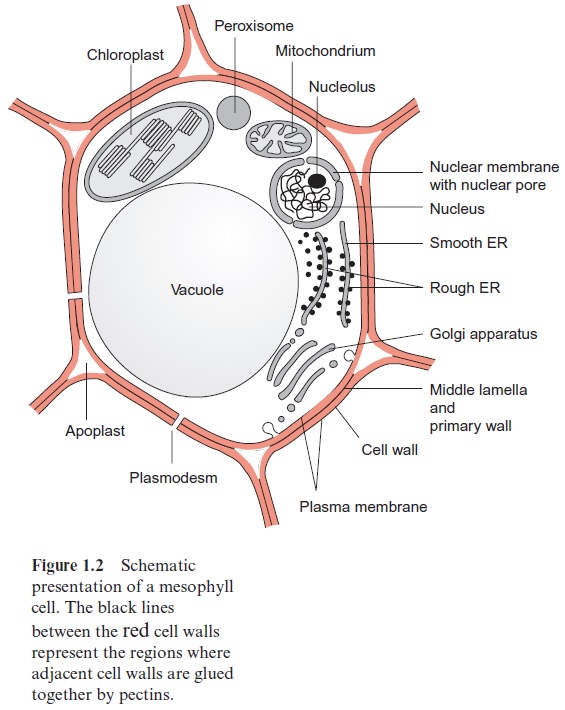 Vacuoles have an important function in recycling those cellular constit-uents that are defective or no longer required. Vacuoles contain hydrolytic enzymes for degrading various macromolecules such as proteins, nucleic acids, and many polysaccharides. Structures, such as mitochondria, can be transferred by endocytosis to the vacuole and are digested there. For this reason one speaks of lytic vacuoles. The resulting degradation products, such as amino acids and carbohydrates, are made available to the cell. This is especially important during senescence  when prior to abscission, part of the constituents of the leaves are mobilized to support the propagation and growth of seeds.

Last, but not least, vacuoles also function as waste deposits. With the exception of gaseous substances, leaves are unable to rid themselves of waste products or xenobiotics such as herbicides. These are ultimately deposited in the vacuole .

In addition, vacuoles also have a storage function. Many plants use the vacuole to store reserves of nitrate and phosphate. Some plants store malic acid temporarily in the vacuoles in a diurnal cycle. Vacuoles of storage tissues contain carbohydrates  and stor-age proteins . Many plant cells contain different types of vacuoles (e.g., lytic vacuoles and protein storage vacuoles next to each other).

The storage function of vacuoles plays a role when utilizing plants as natural protein factories. Genetic engineering now makes it possible to express economically important proteins (e.g., antibodies) in plants, where the vacuole storage system functions as a cellular storage compartment for accumulating high amounts of these proteins. Since normal techniques could be used for the cultivation and harvest of the plants, this method has the advantage that large amounts of proteins can be produced at low costs.