Translocators catalyze the specific transport of metabolic substrates and products

Translocators catalyze the specific transport of metabolic substrates and products

Specialized membrane proteins catalyze a specific transport across membranes. In the past these proteins were called carriers, as it was assumed that after binding the substrate at one side of the membrane, they would diffuse through the membrane to release the substrate on the other side. We now know that this simple picture does not apply. Instead, transport can be visualized as a process by which a molecule moves through a specific pore. The proteins catalyzing such a transport are termedtranslocators or transporters. The triose phosphate-phosphate translocator of chloroplasts will be used as an example to describe the structure and function of such a translocator. This translocator enables the export of photoassimilates from the chloroplasts by catalyzing a counter-exchange of phosphate with triose phosphate (dihydroxyacetone phosphate or glyceraldehyde-3-phos-phate) (Fig. 9.12). Quantitatively it is the most abundant transport protein in plants. 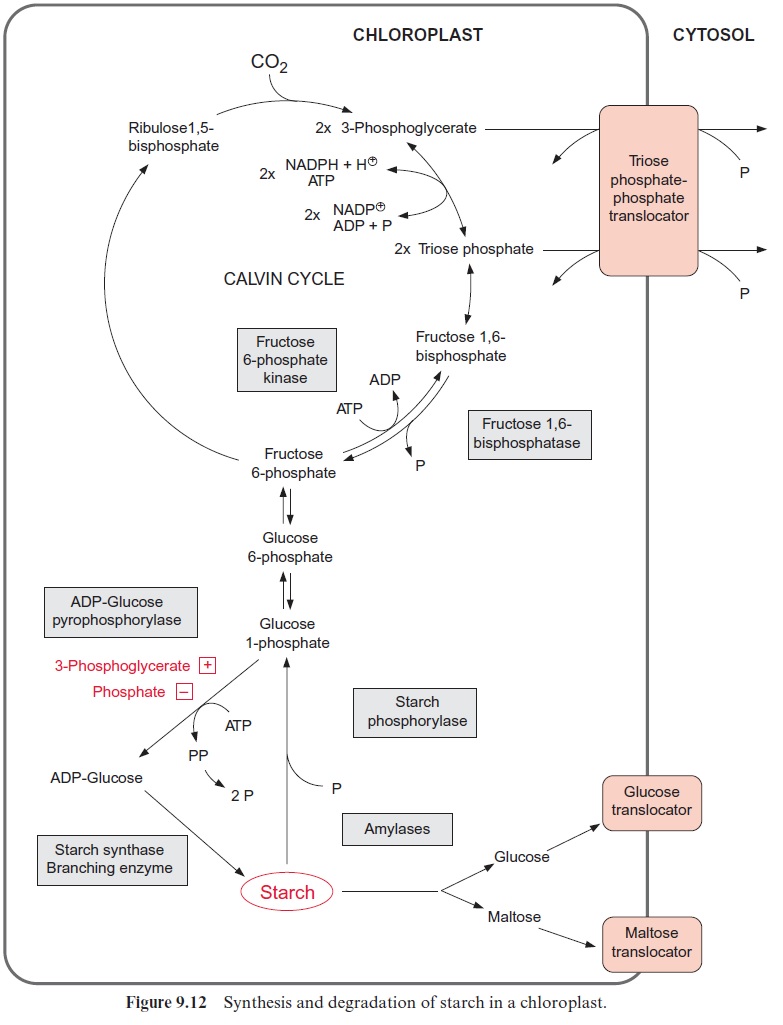 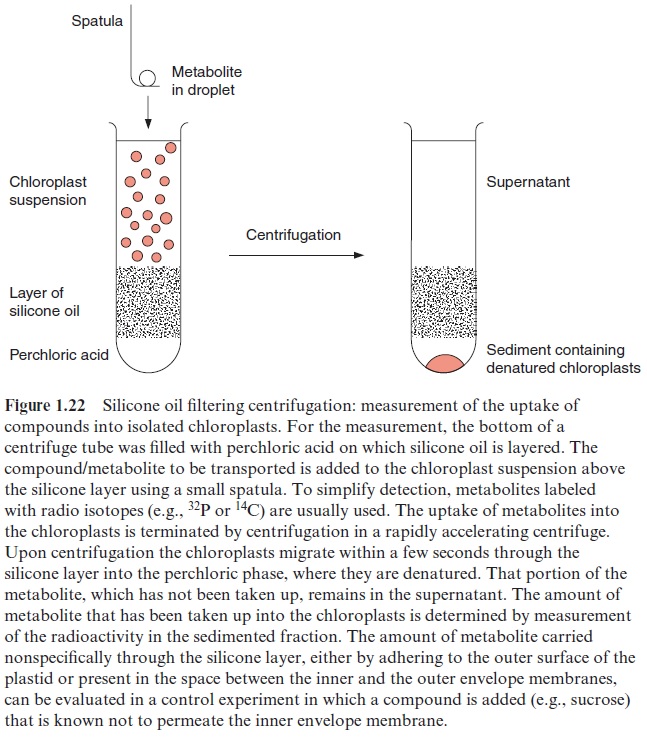 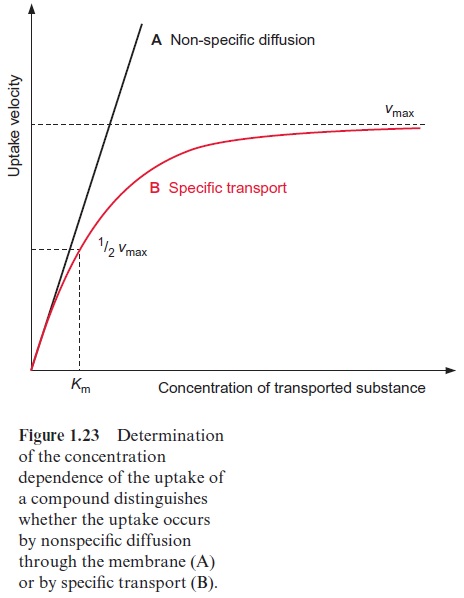 During enzyme catalysis the substrate (S) is first bound to the enzyme (E).

The product (P) formed on the enzyme surface is then released:

The transport by a specific translocator can be depicted in a similar way:

Metabolite transport is achieved by a conformational change of the translocator

Translocators are, as integral membrane proteins, part of a membrane. Due to their high hydrophobicity they are not soluble in water, which made studies of their protein structure difficult. In order to isolate these proteins from the membranes by solubilization, mild nonionic detergents, such as octylglucoside (Fig. 1.24), are employed. The hydrophobic hydrocarbon chain of the detergent associates with the hydrophobic protein. Because of the glucose residue of octylglucoside, the formed micelle is water soluble. A removal of the detergent would turn the membrane protein into a sticky mass, which could not be solubilized again. 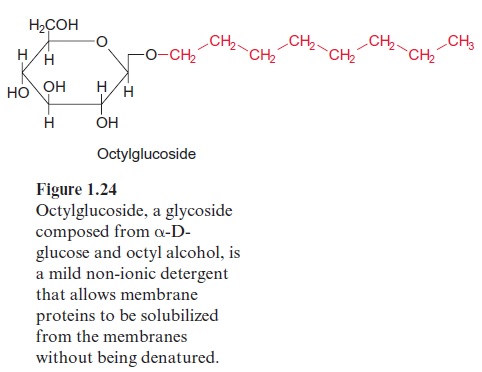 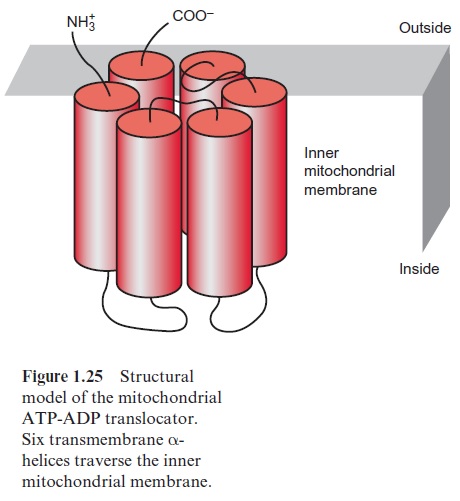 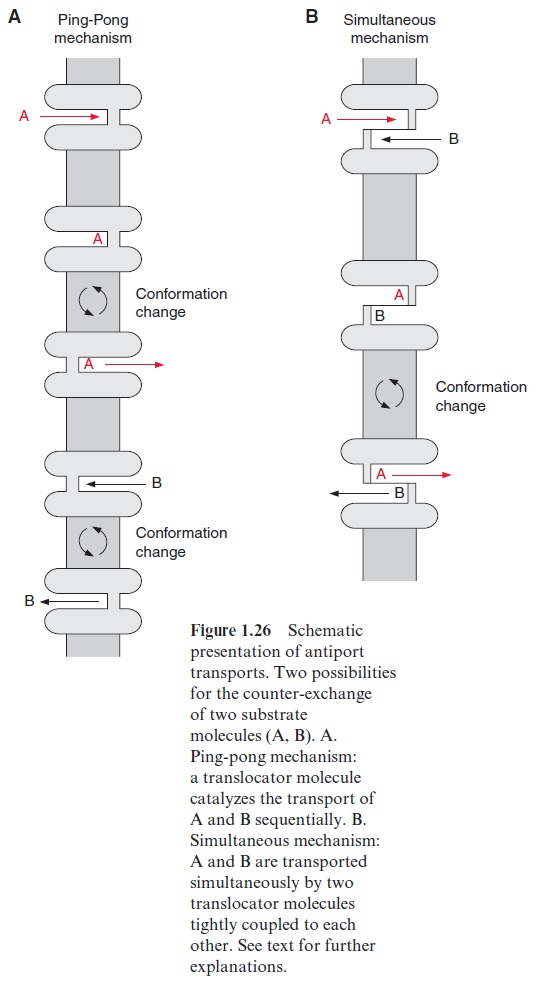 A plant contains a large number of such metabolite translocators. The analysis of the Arabidopsis genome suggests that altogether about 150 plas-tidic and 60 mitochondrial translocator genes exist.

The water permeability of a pure lipid bilayer is relatively low. Peter Agre from the Johns Hopkins University in Baltimore isolated from kidney and blood cells proteins that form membrane channels for water, which he termed aquaporins. In 2003 he was awarded the Nobel Prize in Chemistry for this important discovery. It turned out that these aquaporins also occur in plants (e.g., in plasma membranes and membranes of the vacuole). Notably both types of membranes play a major role in the hydrodynamic response of a plant cell. A plant contains many aquaporin isoforms. Thus in the model plant Arabidopsis thaliana  about 35 different genes of the aquaporin family have been found, which are specifically expressed in the various plant organs.

X-ray structure analysis by electron cryomicroscopy showed that the subunits of the aquaporins each have six transmembrane helices (sec-tion 3.3). In the membranes the subunits of the aquaporins are present as tetramers, of which each monomer forms a channel, transporting 109 to 1011 water molecules per second. The water channelconsists of a very narrow primarily hydrophobic pore with binding sites for only seven H2O molecules. These binding sites act as a selection filter for a specific water transport. It can be deduced from the structure that, for energetic reasons, these water channels are relatively impermeable for protons. It was also observed that an aquaporin from the plasma membrane of tobacco also transports CO2. This finding suggests that aquaporins may play a role as CO2 transporters in plants.

By regulating the opening of the aquaporins, the water conductivity of the plasma membrane can be adjusted to the environmental conditions. The aquaporins of plants possess a peptide loop which is able to close the water channel like a lid via conformational change. In this way the water channels can be closed upon drought stress or flooding. During drought stress the closure of the water channel is caused by dephosphorylation of two highly conserved serine residues. In the case of flooding or waterlog-ging the accompanying oxygen deficiency (anoxy) results in a decrease of the pH in the cytosol, causing the protonation of a histidine residue, which in turn induces a conformational change of the channel protein closing the lid of the water channel.

The now commonly used term aquaporin is rather unfortunate, since aquaporins have an entirely different structure from the porins. Whereas the aquaporins, the translocators and ion channels are formed of transmembrane helices, the porins consist of β-sheets .