Types of Root System And Functions of roots 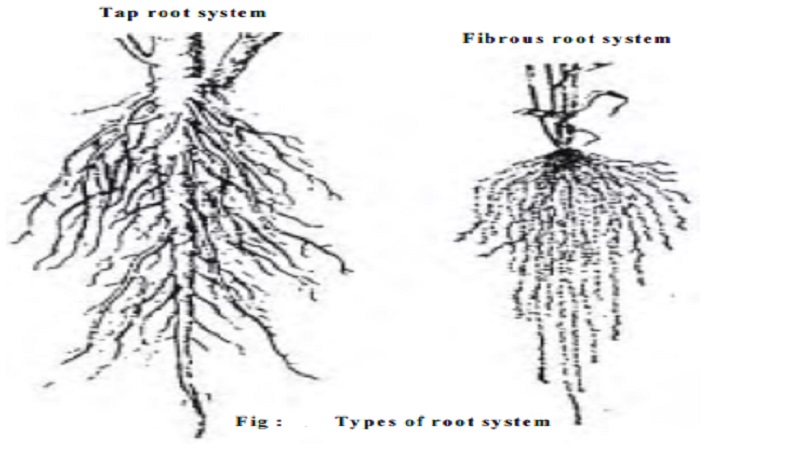 There are two types of root system

It develops from the radicle of the embryo. The radicle grows in to the primary or tap root. It produces branches called secondary roots. These branch to produce what are called tertiary roots. This may further branch to produce fine rootlets. The tap root with all its branches constitutes the tap root system. Tap root system is the characteristic feature of most of the dicot plants.

In most of the monocots the primary root of the seedling is short lived and lateral roots arise from various regions of the plant body. They are thread like and are of equal size and length. These are collectively called fibrous root system. It is commonly found in monocot plants like maize, sugarcane and wheat.

Absorption: The main function of any root system is absorption of water and minerals from the soil with the help of root hairs.

Anchorage: The roots help to fix the plant firmly in the soil.

The following are some of the secondary functions performed by the roots in addition to the primary functions mentioned above.