The Joints of the Skeleton - Classification 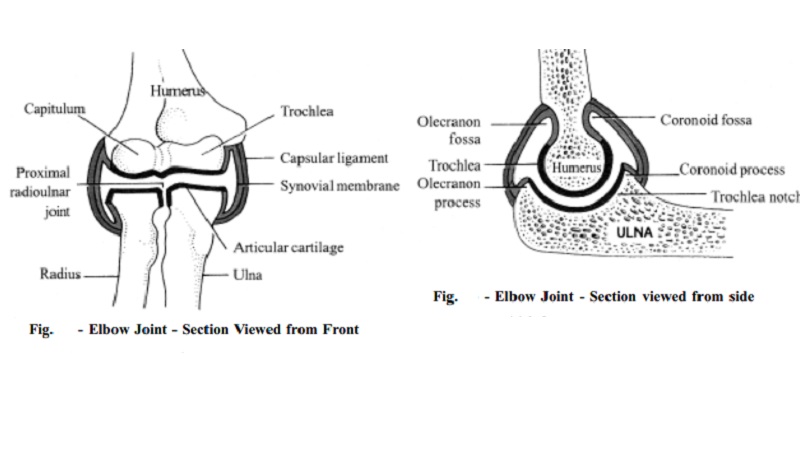 The Joints of the Skeleton

The region in which two or more bones meet is known as joint. Bones are joined to one another in different ways. Some are fused together and show no movement. The union of the bones of the cranium is an example to this. The joints of the vertebrae show little movement. In some other joints like shoulder joint, hip joint etc., the bones are freely moving. In tightly fitted joints, movement is restricted. The greater the movement, the looser the fit. Unfortunately loosely fitted joints are prone to dislocation. Movement at joints is determined by the flexibility of the connective tissue that binds the bones together and by the position of ligaments, muscles and tendons.

Classification : The joints are classified into three types as

Synovial joints are freely movable joints of which there are several varieties. The ends of bones which enter into the formation of the joint are covered by hyaline cartilage. Ligaments are required to bind the bones together. Synovial membrane lines the joint cavity and secretes fluid to lubricate the joint.

Gliding : The articulating surface of bones in gliding joints are usually flat. Only side to side and back-and-forth movements are permitted. Twisting and rotation are inhibited because ligaments or adjacent bones restrict the range of movement. e.g. the joints between carpal bones, tarsal bones, the sternum and clavicle, and the scapula and clavicle.

Hinge : It is characterized by the convex surface of one bone that fits into the concave surface of another bone. The motion is similar to that of a hinged door. e.g. joints in the elbow, ankle and inter- phalangeal joints.

Pivot: Here a rounded, pointed or conical surface of one bone articulates with a shallow depression of another bone. e.g. the joints between the atlas and axis, between the proximal end of the radius and ulna, and rotation of the head from side to side.

Ball and Socket: Consists of a ball-like surface of one bone fitting into a cup-like depression of another bone. Shoulder joint and hip joint are examples.