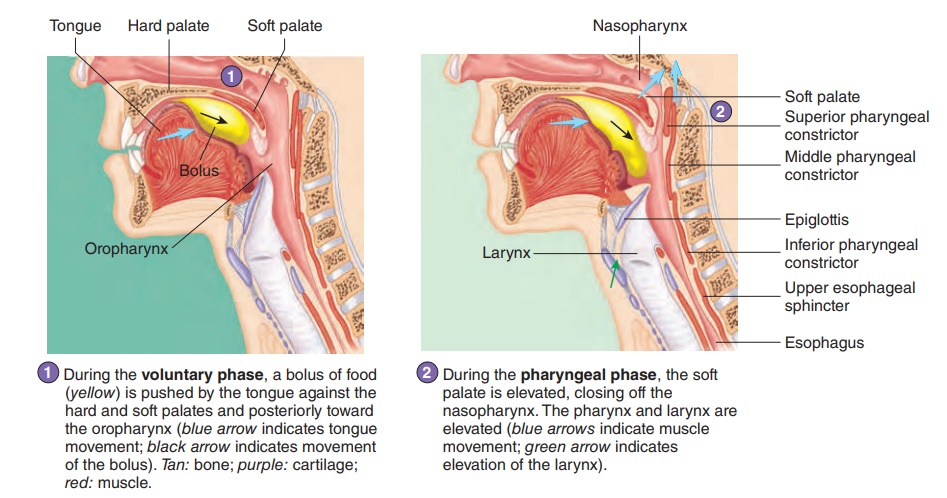 Swallowing, ordeglutition(d̄e-gloo-tish′̆un), can be divided intothree phases: the voluntary phase, the pharyngeal phase, and the esophageal phase .

Swallowing, ordeglutition(d̄e-gloo-tish′̆un), can be divided intothree phases: the voluntary phase, the pharyngeal phase, and the esophageal phase (figure 16.8). During the voluntary phase, a bolus, or mass of food, is formed in the mouth. The bolus is pushed by the tongue against the hard palate, forcing the bolus toward the posterior part of the mouth and into the oropharynx. 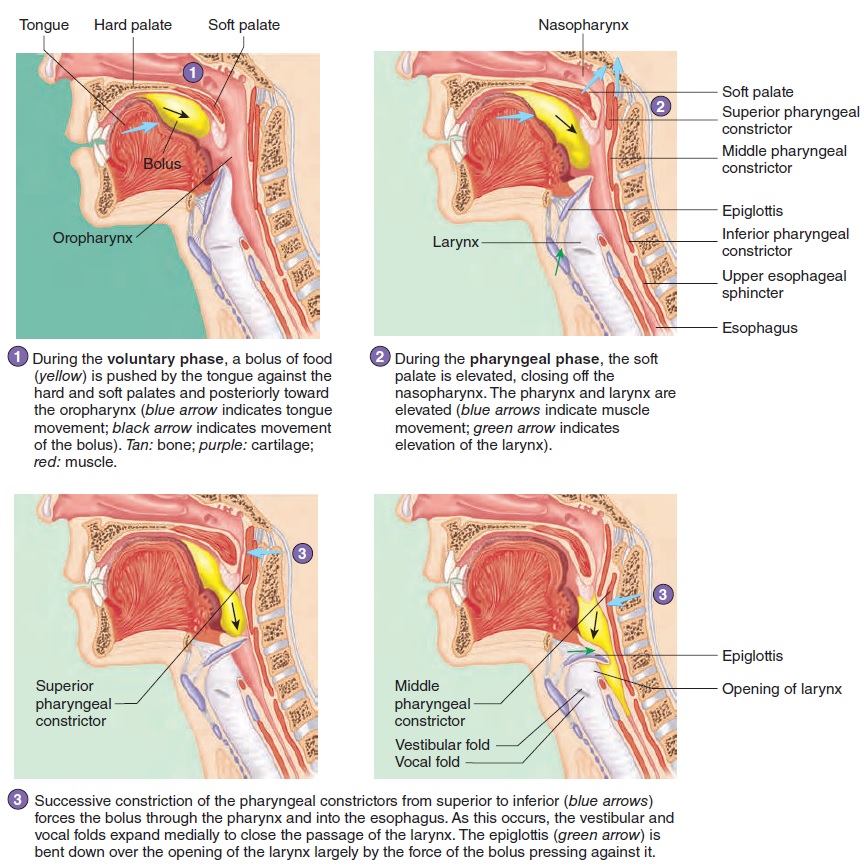 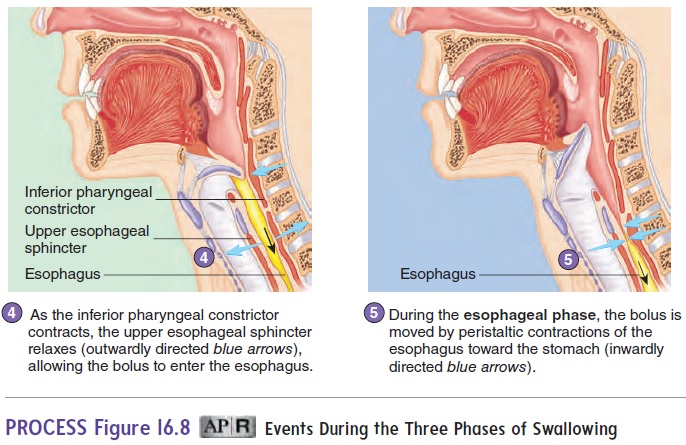 The pharyngeal phase of swallowing is a reflex that is initi-ated when a bolus of food stimulates receptors in the oropharynx. This phase of swallowing begins with the elevation of the soft palate, which closes the passage between the nasopharynx and oropharynx. The pharynx elevates to receive the bolus of food from the mouth. The three pharyngeal constrictor muscles then contract in succession, forcing the food through the pharynx. At the same time, the upper esophageal sphincter relaxes, and food is pushed into the esophagus. As food passes through the pharynx, the vestibular and vocal folds close, and the epiglottis (ep-i-glot′ is; upon the glottis, opening of the larynx) is tipped posteriorly, so that the opening into the larynx is covered. These movements prevent food from passing into the larynx.