The stomach functions primarily as a storage and mixing chamber for ingested food.

The stomach functions primarily as a storage and mixing chamber for ingested food. As food enters the stomach, it is mixed with stomach secretions to become a semifluid mixture called chyme (kı̄m; juice). Although some digestion occurs in the stomach, that is not its principal function. 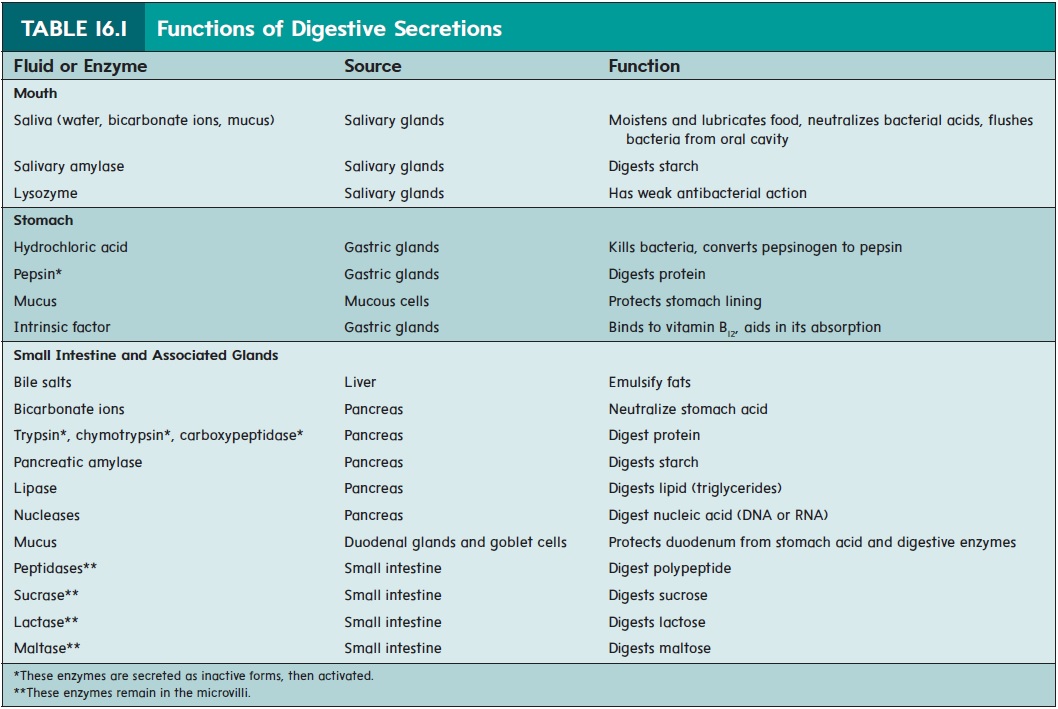 Stomach secretions from the gastric glands include hydrochloric acid, pepsin, mucus, and intrinsic factor (table 16.1).Hydrochloricacid produces a pH of about 2.0 in the stomach. The acid kills micro-organisms and activates pepsin from its inactive form, called pep-sinogen. Pepsin breaks covalent bonds of proteins to form smaller peptide chains. Pepsin exhibits optimum enzymatic activity at a pH of about 2.0. A thick layer of mucus lubricates the epithelial cells of the stomach wall and protects them from the damaging effect of the acidic chyme and pepsin. Irritation of the stomach mucosa stimulates the secretion of a greater volume of mucus. Intrinsic (in-trin′ sik) factor binds with vitamin B12 and makes it more readily absorbed in the small intestine. Vitamin B12 is important in deoxyri-bonucleic acid (DNA) synthesis and in red blood cell production.