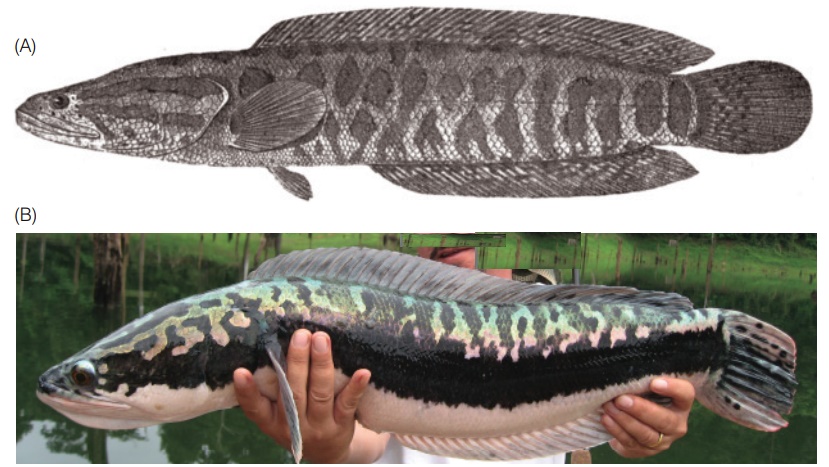 Snakeheads (Channidae) are highly predatory freshwaterfishes of tropical Asia and Africa. They have a suprabranchial breathing organ reminiscent of that of the anabantoidsand are primarily swamp dwellers. The robust, elongate bodies, long dorsal and anal fins, and ringed eyespot on thecaudal peduncle give some channids a superficial resemblance to a Bowfin (Fig. 15.26). Some snakeheads reachover 1.8 m in length and 20 kg in mass and are prized foodfishes. Small species and young individuals of larger species are sold in the pet trade, and live individuals are sold asfood fish. Because they grow large and are predatory, or because people want to establish desirable food species outside their native range despite the ecological consequences, snake heads have been released into the wild innumerous Asian and North American locales and are reproducing at least in Florida, Hawaii, and Maryland (Fuller etal. 1999; Courtenay & Williams 2002). Courtenay and Williams (2002) analyzed the potential negative impactsnakeheads could have in regions where they are or were likely to become established and concluded the potential for significant ecological harm was high. Snakehead importation and transfer across state lines is now illegal in the USA. 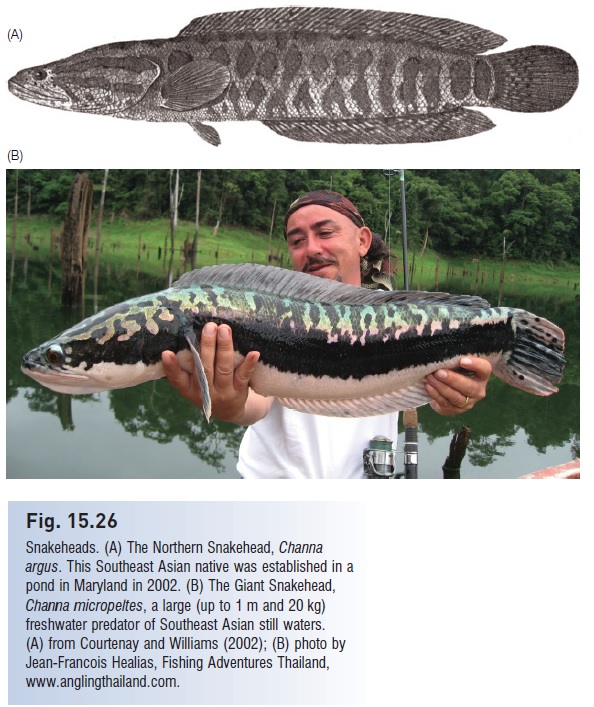