Ethics and law are closely related, but they are not synonymous .

Ethics and law are closely related, but they are not synonymous (Ellis, 1991). Courts and legislatures attempt to embody ethi-cal principles in their creation and interpretation of law. But not every ethically supportable course of conduct is, or should be, codified in the form of mandatory or prohibitory legal provisions backed up by the government’s authority to punish, and not every legal mandate is consistent with medical ethics.

It is beyond the scope to deal comprehensively with the ethical codes established by the world’s various reli-gions. Suffice it to say that many ethical decisions that confront psychiatrists have their roots in religion. Indeed, almost to the end of the 19th century, the treatment of mental disorders was conducted, to a great extent, under the auspices of religious insti-tutions or at least in concert with the prevailing religious ideas of the time. Today’s issues include treatment refusal, abortion and end of life decisions, among many others. Psychiatrists must be sensitive to the impact that their own and their patients’ religious beliefs have on their understanding of human behavior.

One of the hallmark characteristics of a learned profession is its development and adoption of a unique code of ethics to guide its practitioners. The APA has adopted such a code since 1989. Although “psychiatrists are assumed to have the same goals as all physicians’’, these principles have been revised “with anno-tations especially applicable to psychiatry’’. The rationale was that “there are special ethical problems in psychiatric practice that differ in coloring and degree from ethical problems in other branches of medical practice’’ (Table 6.9). 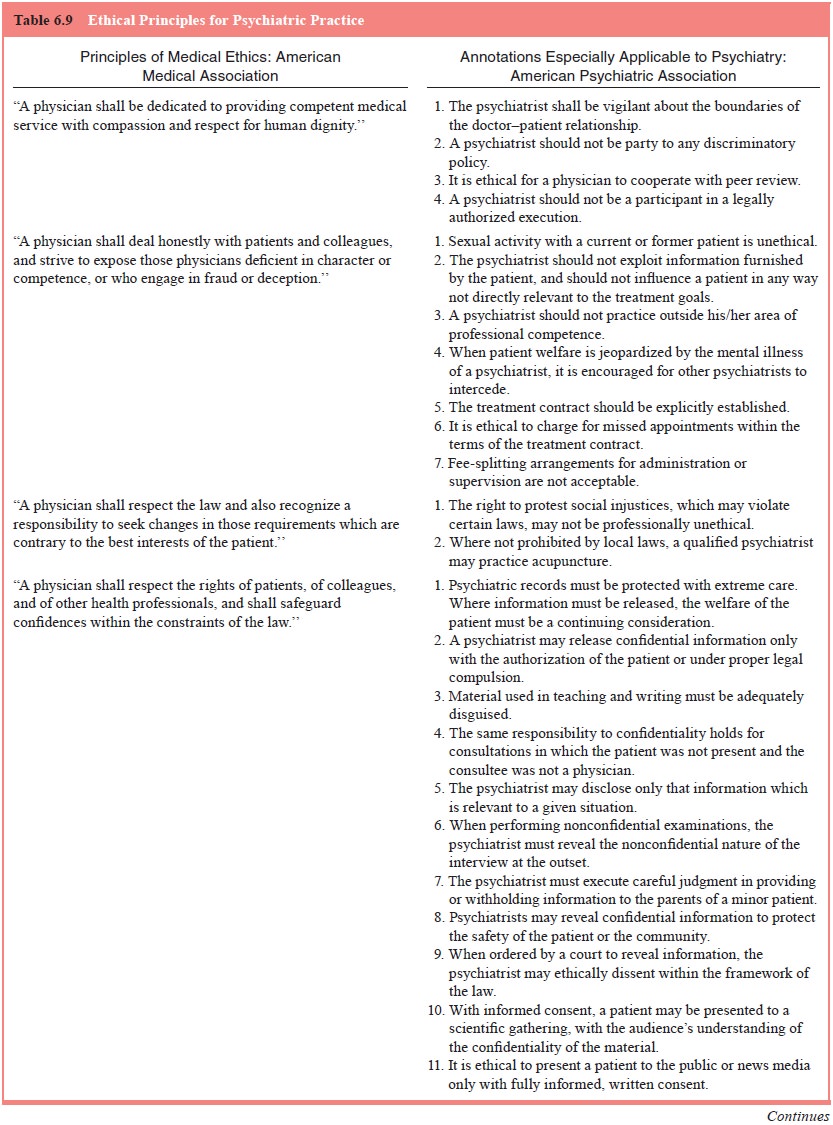 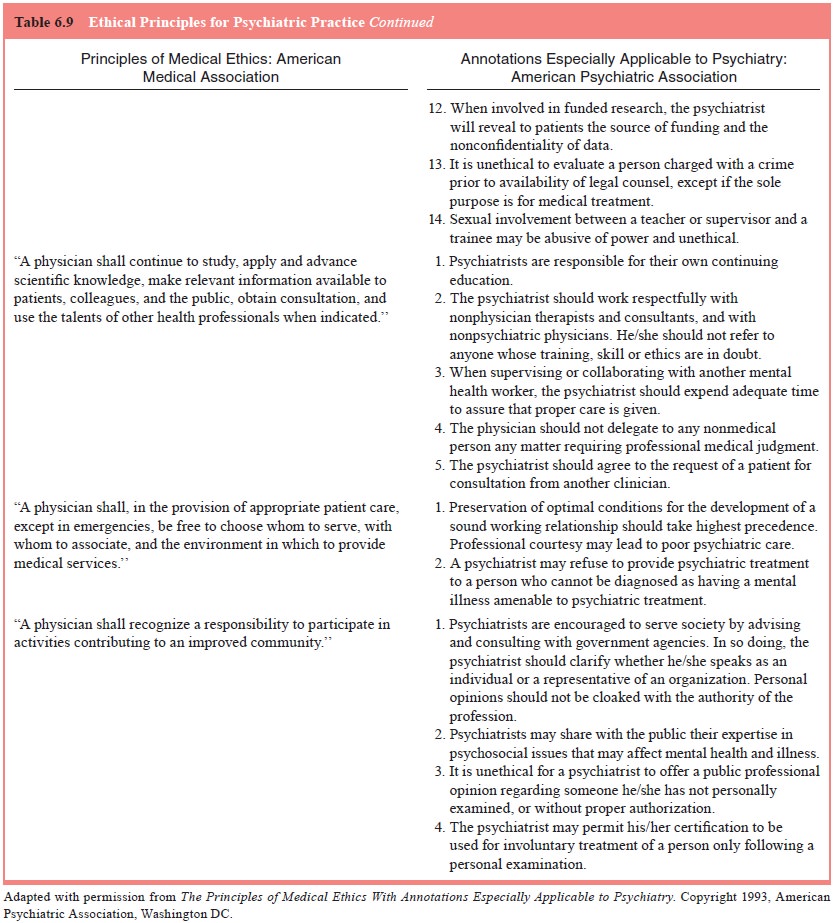