The development of legal principles is the result of the interplay of legislatures that enact laws, executive branches that enforce them and courts that interpret them.

The development of legal principles is the result of the interplay of legislatures that enact laws, executive branches that enforce them and courts that interpret them. The first level of courts are trial courts, where cases are tried and decided. Appeals courts generally hear arguments by parties who feel that lower courts have made errors of law which require reversal of the lower court decision. The federal and most state court systems have two lev-els of appeals courts (an Appeals Court and a Supreme Court, although terminology varies among jurisdictions). The highest court in the land is the US Supreme Court, which is the final arbi-ter of questions of Federal and Constitutional Law.

Cases decided in state courts set the law only for the state in which the case is decided. Although state decisions may ulti-mately influence one another, no state is required to abide by the precedent of a different state’s courts. For instance, the Tarasoff case discussed below set standards in California for a mental health professional’s duty to protect a third party from the danger posed by a client. Although that case only applied to practice in California, it has had a great influence on legal and clinical prac-tice in other states. Similarly, federal Appeals Courts set prec-edent only for the Circuits in which they sit. Only when the US Supreme Court has ruled on a matter of law are all other state and federal courts required to follow the precedent. 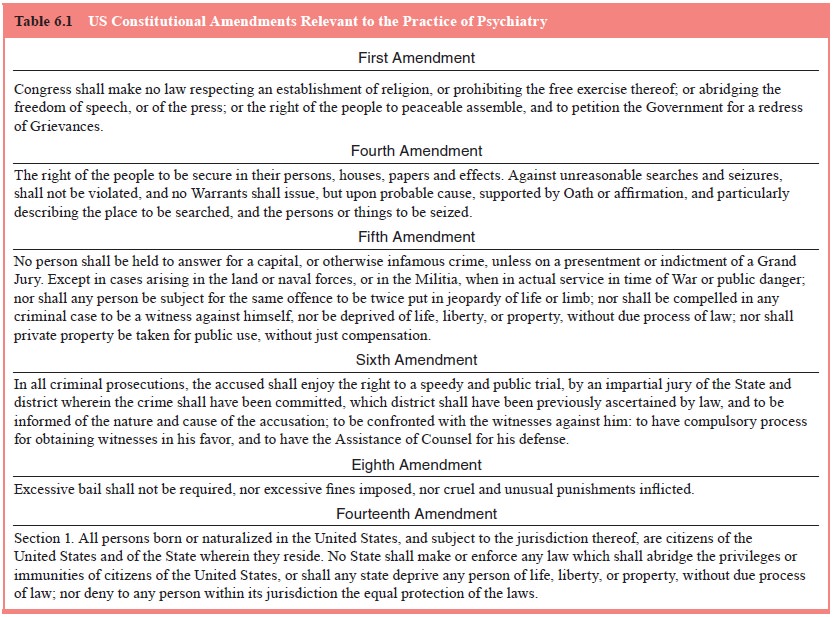