Many microbes use protein as their source of carbon and energy.

Many microbes use protein as their source of carbon and energy. Pathogenic microorganisms secrete protease enzyme that hydrolyze proteins and polypeptides to amino acids which are then transported into the cell and catabolized. Protease (Peptidase or proteinase) helps in proteolysis (Figure 4.8). These proteolytic enzymes break the long chains of proteins into peptides and eventually into amino acids. The enzymes are classified based on the sites at which they catalyse the cleavage of proteins as exopeptidase and endopeptidase. 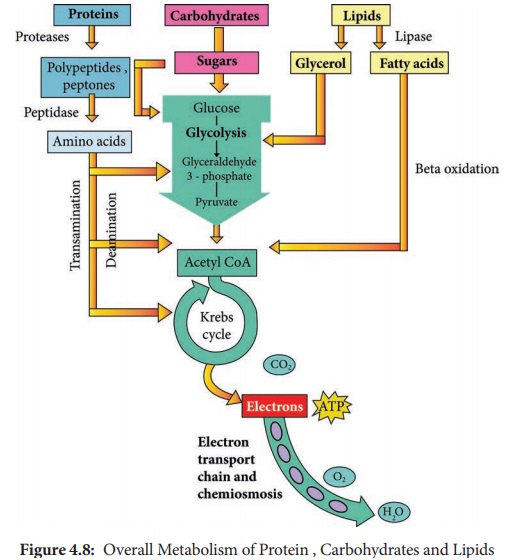 The organic acid resulting from deamination can be converted to pyruvate, acetyl CoA or TCA cycle intermediates to release energy. Excess nitrogen from deamination may be excreted as ammonium ion.