Life is an intricate meshwork involving a perfect coordination of a vast majority of chemical reactions.

Life is an intricate meshwork involving a perfect coordination of a vast majority of chemical reactions. This is due to the presence of some catalysts synthesized inside the body of the organism. The term ‘enzyme’ was coined by Friedrich Wilhen Kuhne (1878) to designate these biological catalysts. The name ‘enzyme’ (en – in, zyme – yeast) literally means ‘in yeast’. The name of enzyme usually ends in – ase. Example: Cytochrome dehydrogenase. The study of enzyme is called Enzymology.

Enzymes are proteins or large biomolecules that can catalyze certain biochemical reactions for metabolic process within the cell. The substances that can speed up a chemical reaction without being permanently altered itself are called catalysts. Enzymes accelerate the rate of chemical reactions. The molecule upon which enzyme may act are called substrate and the enzyme convert the substrate into different molecules known as products. The enzyme serves as biological catalyst (Table 4.3).

Tyrosinases are syn- thesized by Agaricus bisporus, which is ­involved in melano-genesis (pigmentation of skin and hair). 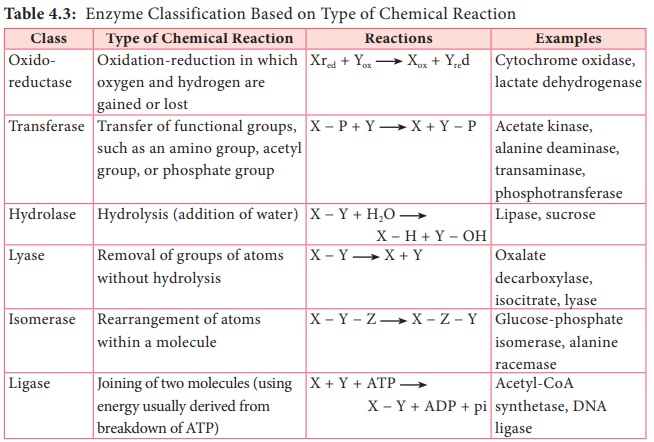 Table 4.3: Enzyme Classification Based on Type of Chemical Reaction

• are reused at several times

• synthesized within the cells are determined by genes

• speed up the chemical reaction

• act as a biocatalyst

Enzymes are generally globular proteins that range in molecular weight from about 10,000 to several million. Each enzyme possesses a unique sequence of amino acid that causes it to fold into a characteristic three dimensional shape with a specific surface configuration. This enables it to find the correct substrate from large number of diverse molecules in the cell.

A molecule acted upon by an enzyme is called a substrate. Enzymes are specific and act on specific substrates and each enzyme catalyzes only one reaction. Enzyme consists of a protein portion, named apoenzyme and a non protein component, named cofactor (Figure 4.11). 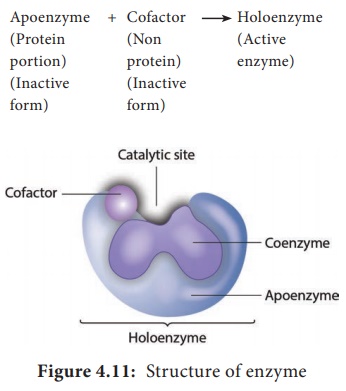 The region of an enzyme where substrate molecules bind and undergo a chemical reaction is its active site. Each active site is specially designed in response to their substrate; as a result most enzymes have specificity and can only react with particular substances. After the formation of enzyme substrate complex (Figure 4.12), forces exerted on the substrate by the enzyme cause it to react and become the product of the intended reaction.

Example: Sucrase catalyses the hydrolysis of sucrose to glucose and fructose. 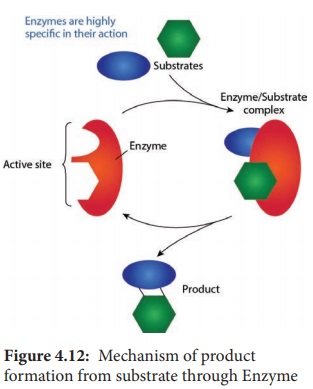 Apoenzyme is the inactive form of the enzyme which gets activated after binding with a cofactor. Coenzymes are small organic molecules that can be loosely bound to an apoenzyme and they transport chemical group from one enzyme to another.

Cofactor is a chemical compound or metallic ion that is required for enzyme activity. Example: NAD+ is derived from vitamin B. Some cofactors are metal ions including iron (Fe), copper (Cu), magnesium (Mg), manganese (Mn), Zinc (Zn), calcium (Ca) and cobalt. If the cofactor is tightly or firmly attached to the apoenzyme it is called a prosthetic group. The prosthetic group may be organic [such as vitamin, sugar, and lipid] or inorganic [such as metal ion] but is not composed of amino acids.

Many microbes synthesize and excrete large quantities of enzymes into the surrounding medium. Using this feature of these tiny organisms many enzymes like Amylase, Cellulase, Catalase, Protease, and Lipase are produced commercially. 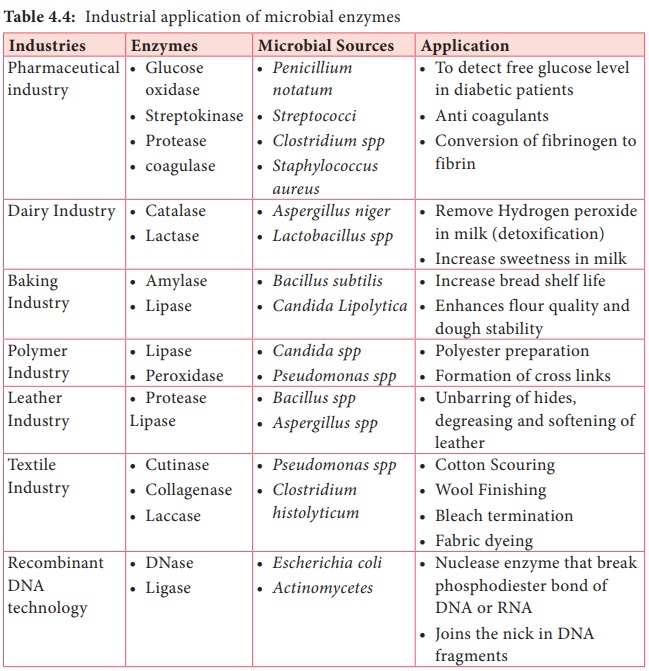 Idoenella sakaiensis is a bacterium capable of breaking down PET plastics. The bacterium first uses PETase to break down the PET plastic. This has potential importance in the recycling process of PET plastics.

Lipase is used in the determination of triglyceride and blood cholesterol level. Lipase producing microorganism have been found in industrial wastes, vegetable oil processing factories, diary plants and soil contaminated with oil.

Inhibitors: An enzyme inhibitor is a molecule that binds to an enzyme and decreases its activity (Flowchart 4.1). This adverse affect of inhibitors on the rate of enzymatically catalyzed reactions are called inhibition. 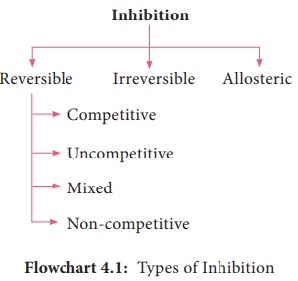 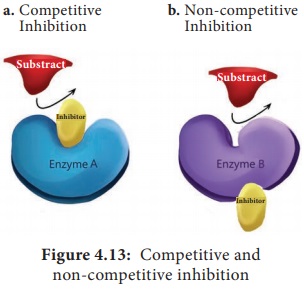 Administration of the enzyme DNase I to the lungs of cystic fibrosis patients decrease the viscosity of the mucus and the breathing is made easier. 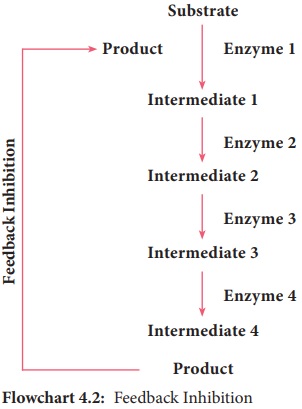 • helpful to save energy and prevent pollution

• be immobilized and reused