Principles of Inheritance and Variation: Summary

Genetics is a branch of biology that deals with the study of heredity and variation.

Genetics is a branch of biology that deals with the study of heredity and variation. It describes how characteristics and features pass on from the parents to their offsprings in successive generations. Variation is the degree by which progeny differ from their parents. A set of three or more alleles of the same gene occupying the same locus in a given pair of homologous chromosomes controlling a particular trait is called Multiple allele. ABO blood grouping in man is a good example for multiple allelism. Apart from A and B antigens, the RBC’s of humans contain a special type of antigen called Rh antigen/Rh factors. Erythroblastosis foetalis, also called haemolytic disease of the newborn, in which the red blood cells of a foetus are destroyed due to maternal immune reaction resulting from a blood group incompatibility between the foetus and the mother.

The cytoplasmic extra nuclear genes have a characteristic pattern of inheritance which does not resemble genes of nuclear chromosomes and are known as Extrachromosomal/ Cytoplasmic inheritance. The betterment of human race can be achieved by methods like Eugenics, Euthenics and Euphenics. 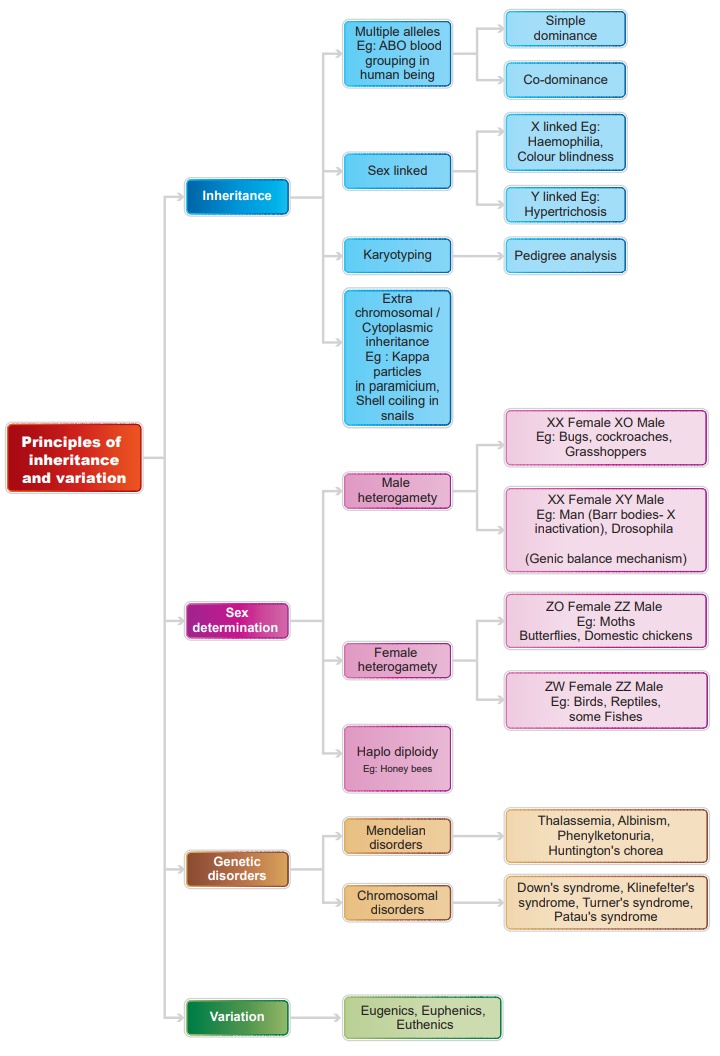