Because the driving force behind the formation of lipid bilayers is the exclusion of water from the hydrophobic region of lipids, and not some enzymatic process, artificial membranes can be created in the lab.

Because the driving force behind the formation of lipid bilayers is the exclusion of water from the hydrophobic region of lipids, and not some enzymatic process, artificial membranes can be created in the lab. Liposomes are stable structures based on a lipid bilayer that form a spherical vesicle. These vesicles can be prepared with therapeutic agents on the inside and then used to deliver the agent to a target tissue.

Every year, more than a million Americans are diagnosed with skin cancer, most often caused by long-term exposure to ultravio-let light. The ultraviolet (UV) light damages DNA in several ways, with one of the most common being the production of dimers between two pyrimidine bases. For a species with little body hair and a fondness for sunshine, humans are poorly equipped to fight damaged DNA in their skin. Of the 130 known human DNA-repair enzymes, only one system is designed to repair the main DNA lesions caused by exposure to UV. Several lower species have repair enzymes that we lack.

Researchers have developed a skin lotion to counteract the effects of UV light. The lotion contains liposomes filled with a DNA-repair enzyme from a virus, called T4 endonuclease V. The liposomes penetrate the skin cells. Once inside, the enzymes make their way to the nucleus, where they attack pyrimidine dimers and start a DNA-repair mechanism that the normal cel-lular processes can complete. The skin lotion, marketed by AGIDermatics, is currently undergoing clinical trials. Check out the AGI Dermatics website (http:// www. agiderm.com) for informa-tion on the results of the clinical trials. 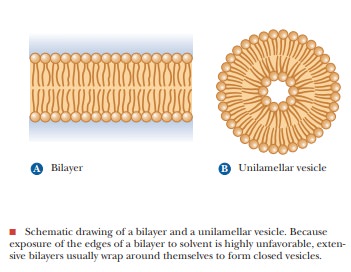