Let us consider some simple situations where inverse trigonometric functions are often used.

They are useful not only in solving triangles, given the length of two sides of a right triangle, but also they help us in evaluating a certain type of integrals,such as

For his work along with his father, he was presented with the Gold Medal of the Royal Astronomical Society in 1826. 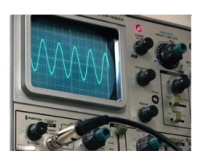 An oscilloscope is an electronic device that converts electrical signals into graphs like that of sine function. By manipulating the controls, we can change the amplitude, the period and the phase shift of sine curves. The oscilloscope has many applications like measuring human heartbeats, where the trigonometric functions play a dominant role.

Let us consider some simple situations where inverse trigonometric functions are often used.

Consider a straight line y = mx + b . Let us find the angle θ made by the line with x -axis in terms of slope m . The slope or gradient m is defined as the rate of change of a function, usually calculated by m = Δy/Δx = 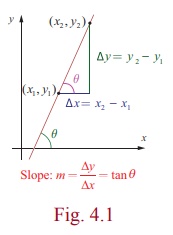 Observe that the viewing angle θ is a function of x 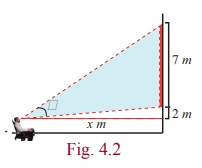 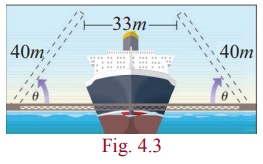 ● draw the graphs of trigonometric functions and their inverses

● apply the properties of inverse trigonometric functions and evaluate some expressions