How to determine the respiration rate 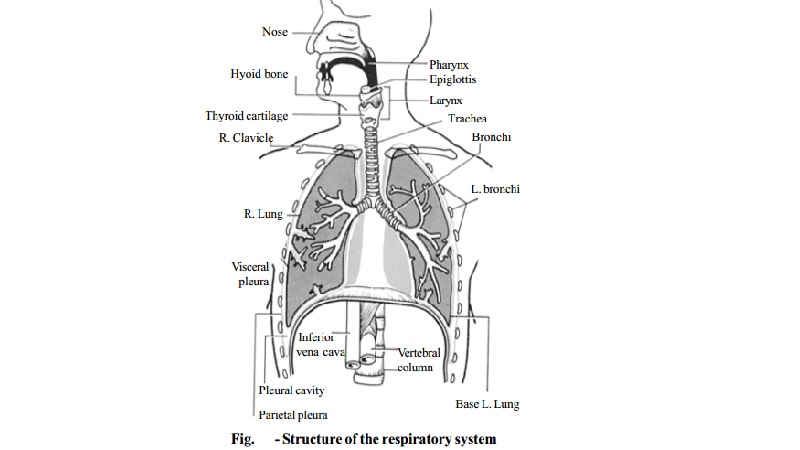 Aim : To determine the respiration rate.

Aim : To determine the respiration rate.

The subject was allowed to read quietly for about 5 minutes. Then the observer counted the number of respirations per minute for three minutes.

The subject was made to run until 'out of breath' and then was allowed to sit down. The observer then counted the number of respirations per minute for three minutes.

We breathe continuously from birth to death, day and night, in health and disease. Respiration may be defined as the mechanical process of breathing in and out, a function which involves both the respiratory system and the muscles of the respiration. The 2 phases of breathing are (1) Inhalation -during which the air is drawn into the lungs (2) Exhalation - which refers to the expulsion of air from the alveoli.

The diaphragm when relaxed is a flattened dome-shaped structure pointing upwards to the lungs. During the process of inhalation it contracts, it flattens, pulls down the thorax, increases the volume of the thorax, and thus decreases the atmospheric pressure in the lungs. This causes air to rush in during inspiration.

During the process of exhalation, the diaphragm relaxes, the thorax is pushed up, the volume decreases and the atmospheric pressure increases and air rushes out of the lungs.

The inspired air which contains oxygen passes down into the billions of minute air chambers or air cells known as alveoli which have very thin walls. Around these walls are the capillaries of the pulmonary system.

It is at this point that the fresh air gives off its oxygen to the blood and takes carbon-dioxide from the blood by diffusion which is then expelled with the expired air.

The partial pressure of oxygen in the alveoli is higher than deoxygenated blood in the capillaries of the pulmonary arteries. Since gases diffuse from an area of high concentration to one of lower concentration, the movement of oxygen is from alveoli to blood. For CO2 the reverse occurs. The partial pressure is higher in deoxygenated blood than in alveolar air, so CO2 passes across the walls of the capillaries and the alveoli into alveolar air.