Immunology is the study of immunity to diseases.

Immunology is the study of immunity to diseases. Immunology began as a branch of Microbiology. Its origin is usually attributed to Edward Jenner who introduced variolation in 1796.

The success of vaccination enabled the World Health Organization to announce in 1979 that small pox had been eradicated. Late in 19th century Robert Koch proved that infectious diseases are caused by microorganisms. The discoveries of Koch stimulated the extension of Jenner’s strategy of vaccination to other diseases.

Pasteur used attenuated culture and called it vaccine (Latin vacca, cow) in honour of Edward Jenner. Table 13.1 and Figure 13.1 list and shows the scientist who contributed to the field of immunology. 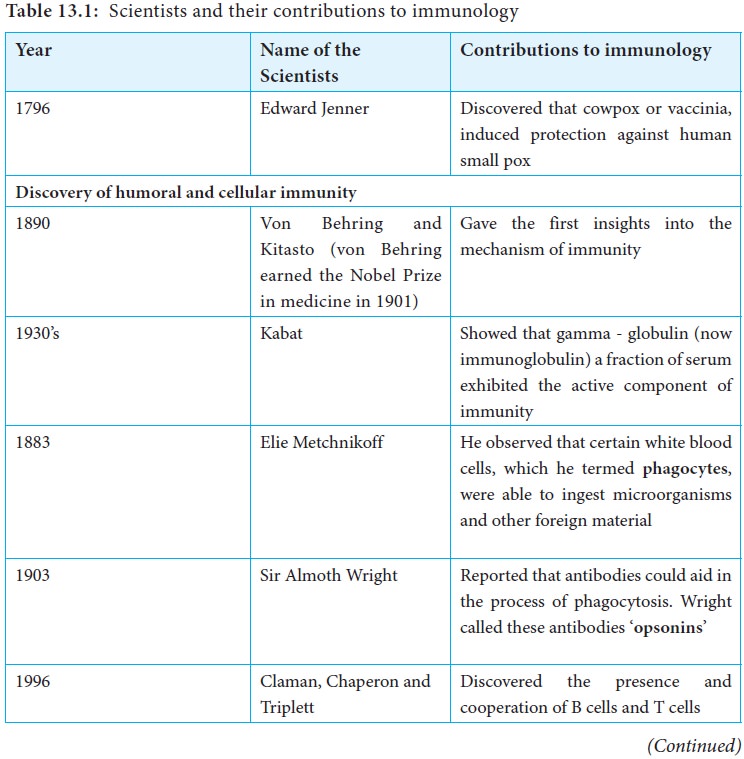 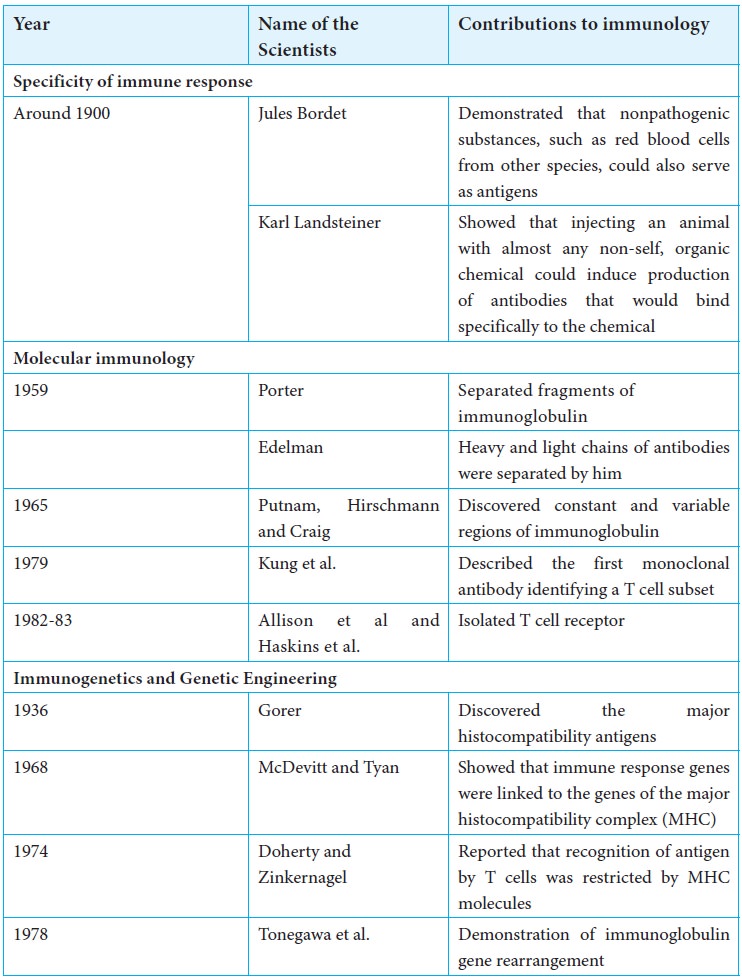 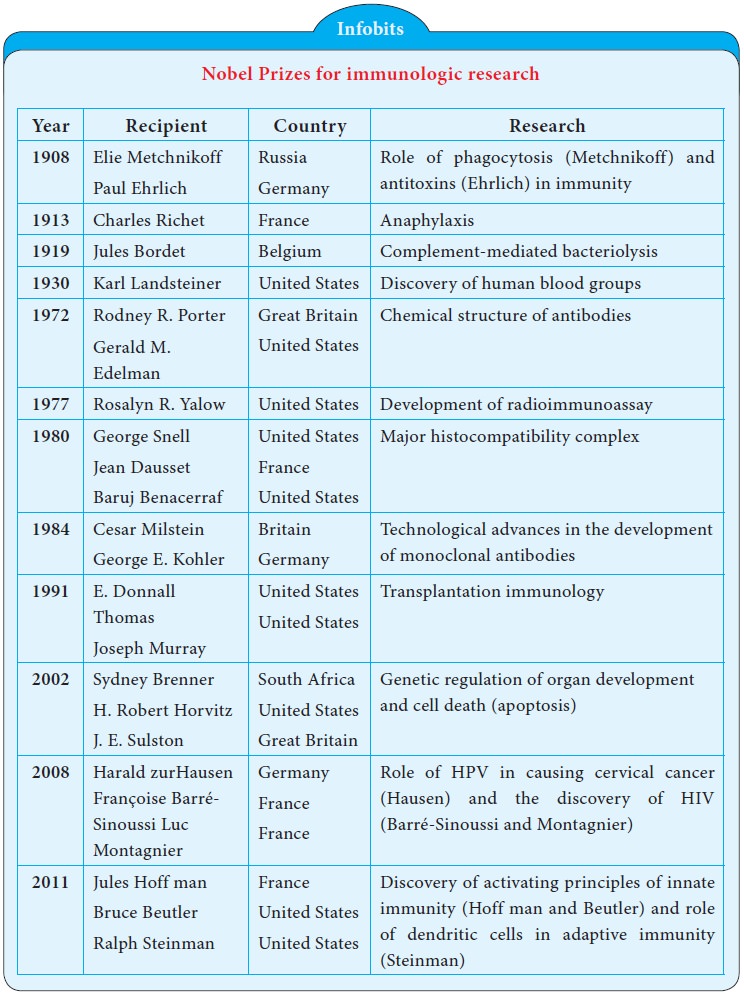 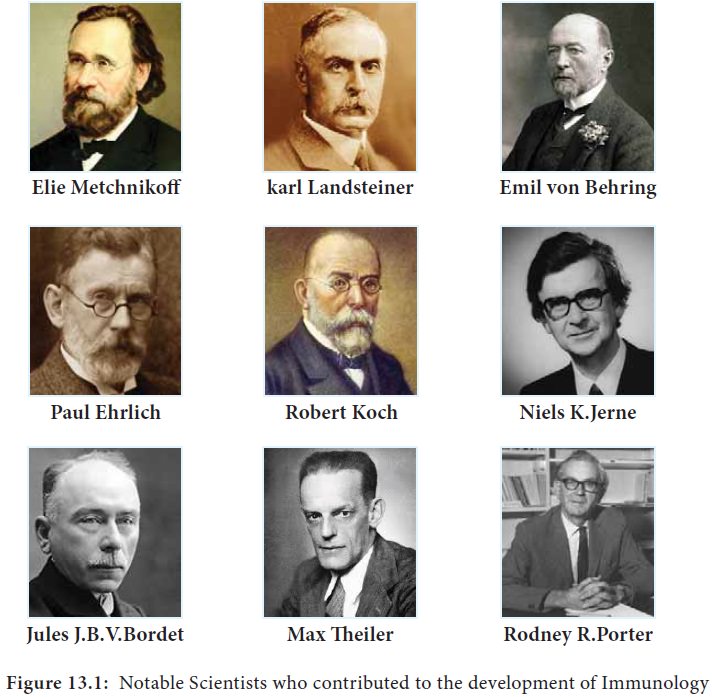