When the number of items is large the computation of harmonic mean in the above manner becomes tedious. To simplify calculations we obtain reciprocals of the various items from the tables and apply the following formulae:

(i) In individual observations

where n is number of observations or items or values

Where m is midpoint and N is total frequency

Calculate the Harmonic Mean of the following values: 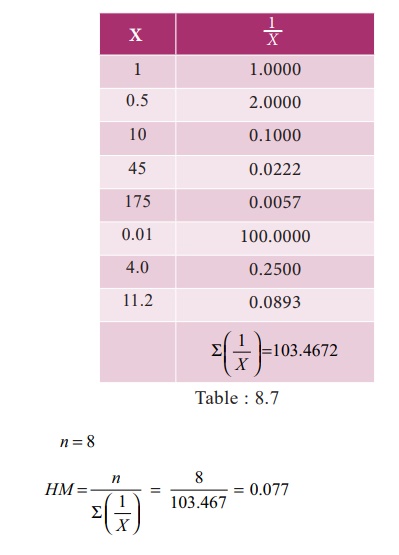 From the following data compute the value of Harmonic Mean . 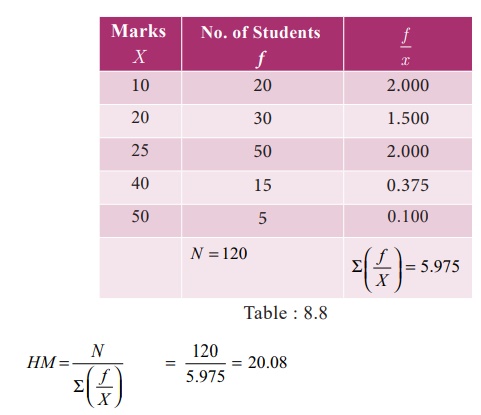 Calculate Harmonic Mean for the following data given below 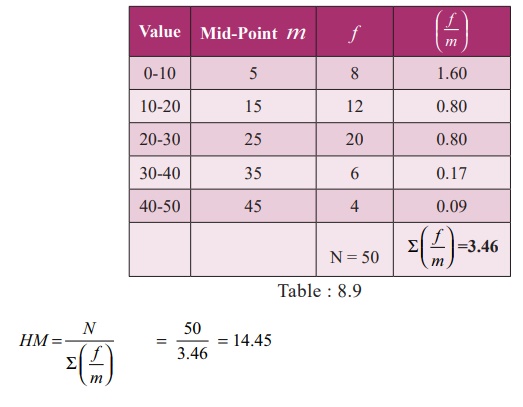 The Harmonic Mean is restricted in its field of usefulness. It is useful for computing the average rate of increase of profits of a concern or average speed at which a journey has been performed or the average price at which an article has been sold. The rate usually indicates the relation between two different types of measuring units that can be expressed reciprocally.

For example, if a man walked 20km in 5 hours, the rate of his walking speed can be expressed

where the units of the first term is a km and the unit of the second term is an hour or reciprocally,

But this is not the correct average.

So harmonic mean would be mean suitable in this situation. Harmonic Mean of 30 and 20 is

The Harmonic Mean is a measure of central tendency for data expressed as rates such as kilometres per hour, kilometres per litre, periods per semester, tonnes per month etc.,