In the preceding section we saw the use of penicillin for the selection of Leu- mutants. Here we will further discuss genetic selections.

In the preceding section we saw the use of penicillin for the selection of Leu- mutants. Here we will further discuss genetic selections. Selective growth of mutants means using conditions in which the desired mutant will grow, but the remainder of the cells, including the wild-type parents will not. This is to be contrasted with scoring, in which all the cells grow and the desired mutant is identified by other means. Often in scoring, all the cells are plated out to form colonies. These are then spotted onto various media on which the mutant may be identified or are grown for assay of various gene products. A simple example of selecting a desired mutant would be isolating a Lac+revertant from a Lac- mutant by plating the cells on minimal plates containing lactose as the sole source of carbon. Up to 1011 cells could be spread on a single plate in search of a single Lac+ revertant.

A slightly more complicated mutant selection is the use of an agent whose metabolism will create a toxic compound. Cleavage of orthoni-trophenyl-β-D-thiogalactoside by the enzyme β-galactosidase yields a toxic compound and cells die. Thus Lac+ cells expressing β-galactosi-dase in a medium containing glycerol and orthonitrophenyl-β-D-thiogalactoside are killed and only Lac- cells survive (Fig. 8.17).

Let us examine a more complicated selection, the isolation of a nonsense mutation in the β subunit of RNA polymerase. Such a muta-tion would be lethal under normal circumstances since RNA polymerase is an essential enzyme and a nonsense mutation terminates translation of the elongating polypeptide chain. Tricks can be devised however, so that the desired mutant can be identified if the cells contain a tempera-ture-sensitive nonsense suppressor, Sup+(ts). Such a suppressor results from a mutant tRNA that suppresses nonsense codons, but loses its 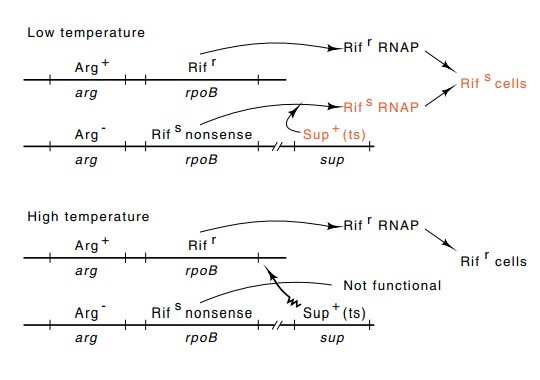 Figure 8.18 Selection for a strain containing a nonsense mutation in theβsubunit of RNA polymerase.

suppressing activity at 42°, a temperature at which Escherichia coli normally survives. The selection also utilizes the RNA polymerase inhibitor, rifamycin.

Two facts are key to the selection: first, that rifamycin sensitivity is dominant to rifamycin resistance, and second, that rifamycin-resistant mutants possess altered β subunits of RNA polymerase. One might have thought that resistance would be dominant to sensitivity, for it would seem that the rifamycin-resistant polymerase in a cell could function despite the presence of the sensitive polymerase. Problem 8.20 asks why sensitive polymerase is dominant to resistant polymerase. The first step in selecting the desired mutant is to mutagenize Arg- Rif s Sup+(ts) Smr (streptomycin-resistant) cells and to grow them at the low temperature of 30°. Under these conditions, a nonsense mutation in the rif allele would not be lethal since the suppressor would be active and the complete β chain of polymerase would be synthesized (Fig. 8.18).

After the first step, a region of the chromosome containing the Arg+ Rifr genes could be introduced by mating with an appropriate Sms strain containing an Arg-Rif episome (see later section for episomes). By selecting for growth in the absence of arginine and presence of strepto-mycin, cells diploid for this region could be selected. The majority of the cells which grow will then have the genotype Arg+ Rifr/ Arg- Rifs Sup+(ts) Smr, in which the genes before the “/ ” represent episomal genes.

Among these will be a few of the desired genotype, Arg+ Rifr/Arg-Rifs(amber) Sup+. Since rifamycin sensitivity is dominant to rifamycin resistance, the cells with the amber mutation in the β subunit will be rifamycin-resistant at 42 whereas the others will remain rifamycin-sensitive. The desired cells, but not most of the other types, would be able to grow at 42° on minimal medium lacking arginine and containing rifamycin. One of the nondesired mutant types would be those with missense mutations in the β subunit. How could these be distinguished from those with nonsense mutations in β? The answer is that the missense mutations would remain rifamycin-resistant even at 30°, whereas the amber mutants would become rifamycin-sensitive!