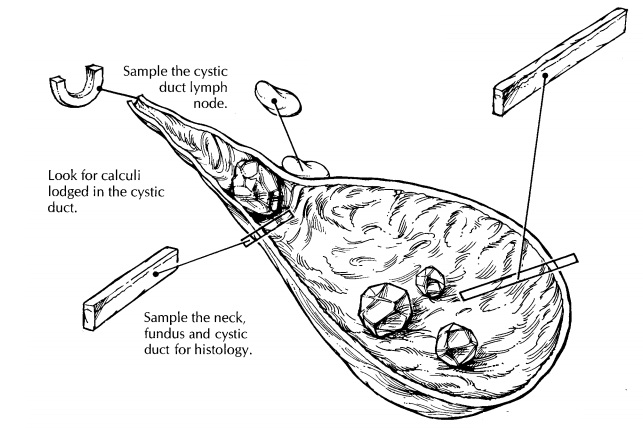 The biliary system forms a conduit whereby bile produced by hepatocytes is transmitted to and concentrated in the gallbladder and finally ex-creted into the duodenum. 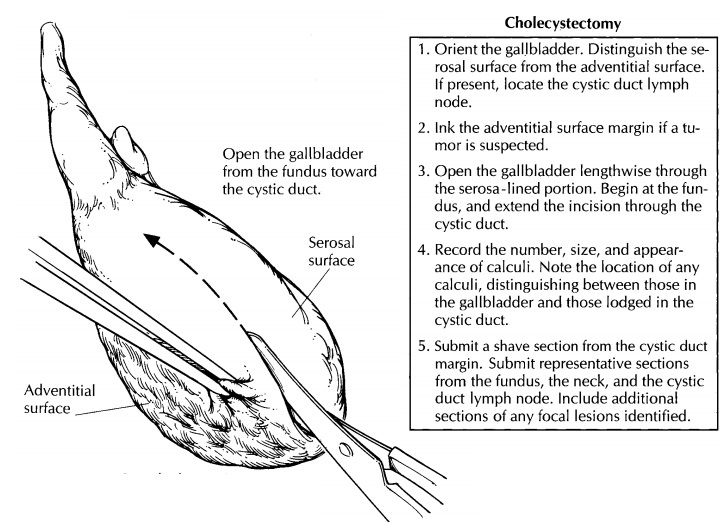 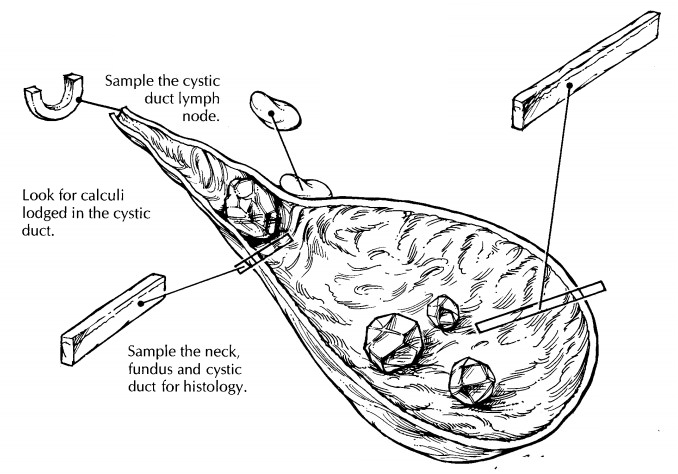 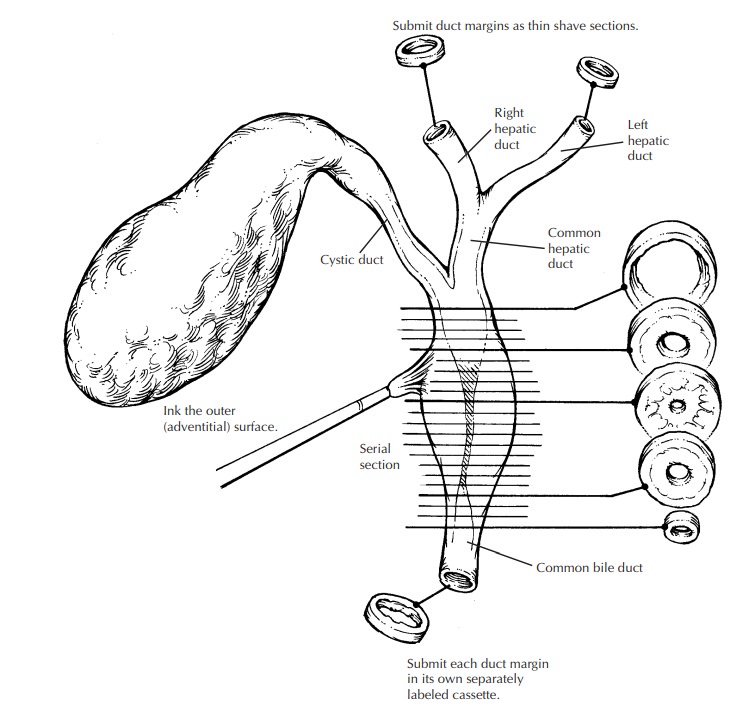 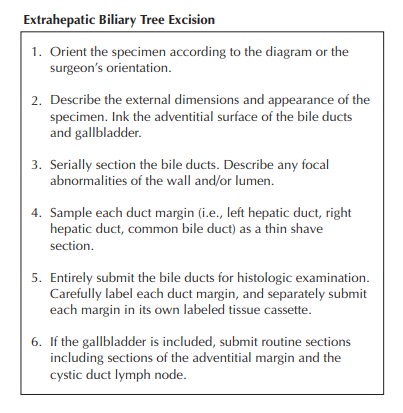 Important Issues to Address in Your Surgical Pathology Report

·   What are the contents of the gallbladder, bile duct, or choledochal cyst (e.g., bile, pus, blood, mucus)? When calculi are present, note their type (pigment, cholesterol, mixed), number, and the range of sizes. Are any calculi lodged in the cystic duct or present in a bile duct?

·   What are the nature and severity of the in-flammatory processes (e.g., acute or chronic cholecystitis, xanthogranulomatous cholecys-titis, primary or secondary sclerosing cholan-gitis)? For a cholecystectomy, be sure to mention the presence or absence of perfora-tions and peritonitis.

·   Is a neoplasm present? What are its location, size, histologic type, histologic grade, and depth of invasion (mucosa, gallbladder mus-cularis or bile duct fibromuscular layer, peri-muscular or periductal soft tissue)? Is there angiolymphatic invasion or perineural inva-sion? Does the tumor extend into adjacent organs? For gallbladder carcinomas, it is im-portant to note whether there is invasion into the liver, and whether this invasion is more than 2 cm. Are the adventitial/hepatic bed margin and the cystic duct margin free of tumor? For bile duct carcinomas, are the peri-ductal soft tissue margin and the proximal and distal bile duct margins free of tumor?

·   Are there preneoplastic changes in the sur-rounding mucosa (intestinal metaplasia, dys-plasia)?

·   How many lymph nodes were examined, and how many of them harbored a metastasis?