The Reserve Bank of India (RBI) is India’s central banking institution, which controls the monetary policy of the Indian rupee.

The Reserve Bank of India (RBI) is India’s central banking institution, which controls the monetary policy of the Indian rupee. It commenced its operations on 1 April 1935 in accordance with the Reserve Bank of India Act, 1934. The original share capital was divided into shares of ₹100 each fully paid, which were initially owned entirely by private shareholders. Following India’s independence on 15 August 1947, the RBI was nationalised on 1 January 1949. 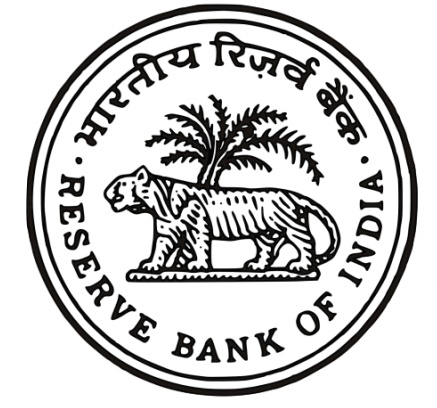 2. The issuer of currency: The objective is to maintain the currency and credit system of the country. It is the sole authority to issue currency. It also takes action to control the circulation of fake currency.

3. The issuer of Banking License: As per Sec 22 of Banking Regulation Act, every bank has to obtain a banking license from RBI to conduct banking business in India.

4. Banker to the Government: It acts as banker both to the central and the state governments. It provides short-term credit. It manages all new issues of government loans, servicing the government debt outstanding and nurturing the market for government securities. It advises the government on banking and financial subjects.

5. Banker’s Bank: RBI is the bank of all banks in India as it provides loan to banks, accept the deposit of banks, and rediscount the bills of banks.

6. Lender of last resort: The banks can borrow from the RBI by keeping eligible securities as collateral at the time of need or crisis, when there is no other source.

7. Act as clearing house: For settlement of banking transactions, RBI manages 14 clearing houses. It facilitates the exchange of instruments and processing of payment instructions.

8. Custodian of foreign exchange reserves: It acts as a custodian of FOREX. It administers and enforces the provision of Foreign Exchange Management Act (FEMA), 1999. RBI buys and sells foreign currency to maintain the exchange rate of Indian rupee v/s foreign currencies.

9. Regulator of Economy: It controls the money supply in the system, monitors different key indicators like GDP, Inflation, etc.

12. Developmental  Role:   This   role includes the development of the quality banking system in India and ensuring that credit is available to the productive sectors of the economy. It provides a wide range of promotional functions to support national objectives. It also includes establishing institutions designed to build the country’s financial infrastructure. It also helps in expanding access to affordable financial services and promoting financial education and literacy.

13. Publisher of monetary data and other data: RBI maintains and provides all essential banking and other economic data, formulating and critically evaluating the economic policies in India. RBI collects, collates and publishes data regularly.

14. Exchange manager and controller: RBI represents India as a member of the International Monetary Fund [IMF]. Most of the commercial banks are authorized dealers of RBI.