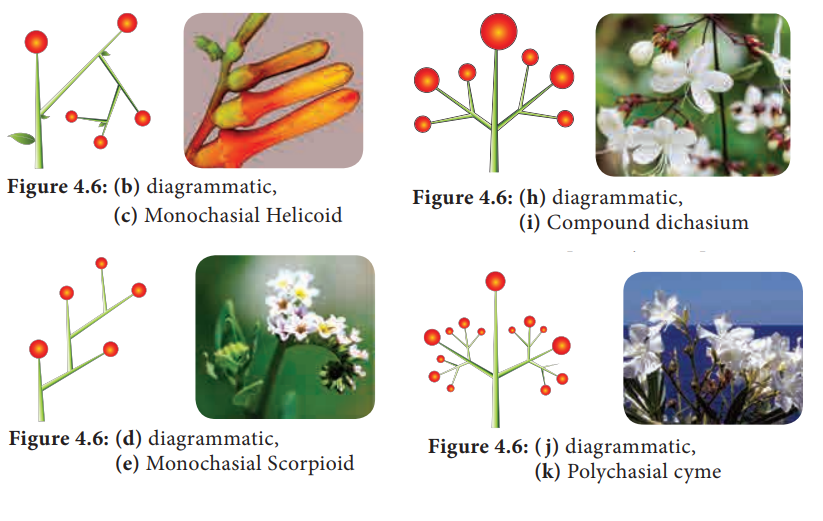 Central axis stops growing and ends in a flower, further growth is by means of axillary buds. 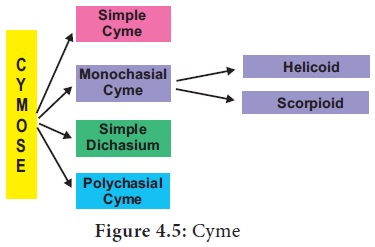 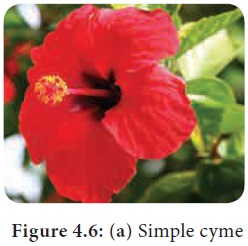 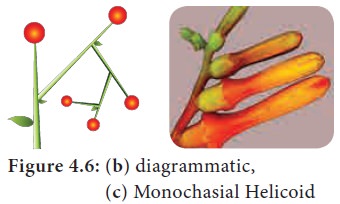 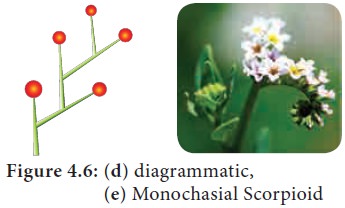 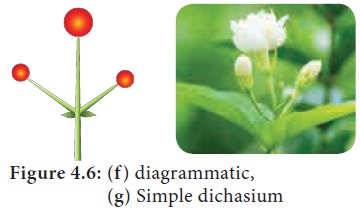 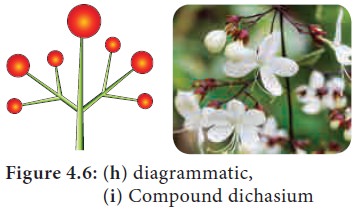 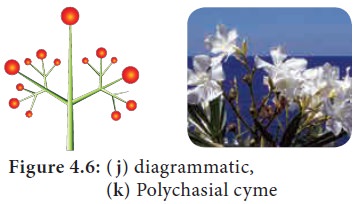