After entering the data in worksheet, you can perform calculations on the data in the worksheet. In order to create formulae, you first need to know the syntax that describes the format for specifying a formula.

In Calc, you can enter formulas in two methods, either directly into the cell or at the input line. Formula in Calc may start with equal (=) or plus(+) or minus(–) sign followed by a combination of values, operators and cell references. But, as a general practice, all formulas should start with an equal sign. If any formula starts with a + or –, the values will be considered as positive or negative respectively.

Operators are symbols for doing some mathematical,

Statistical and logical calculations. Combination of values, operators and cell references is called as “Expression”. Calc supports a variety of operators which are categorized as: 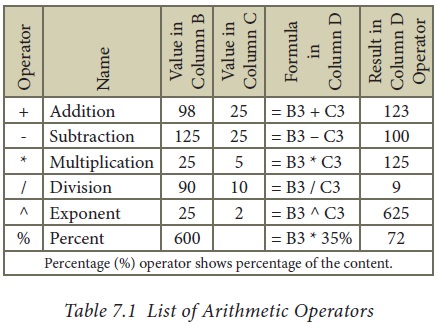 Formula bar shows the formula what the user had entered. But, the cell shows the resulted value (Figure 7.15). 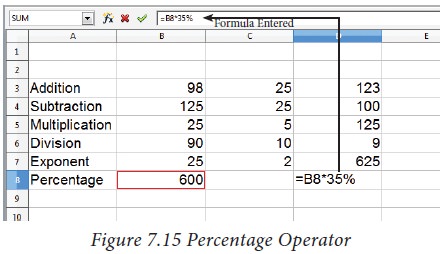 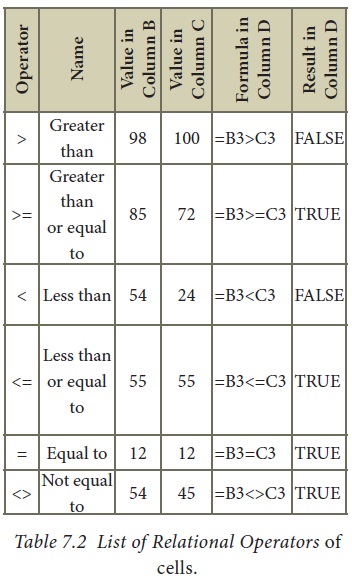 Colon (:) is the range reference operator. It is used to group a range of cells. An expression using a range operator has the following syntax: 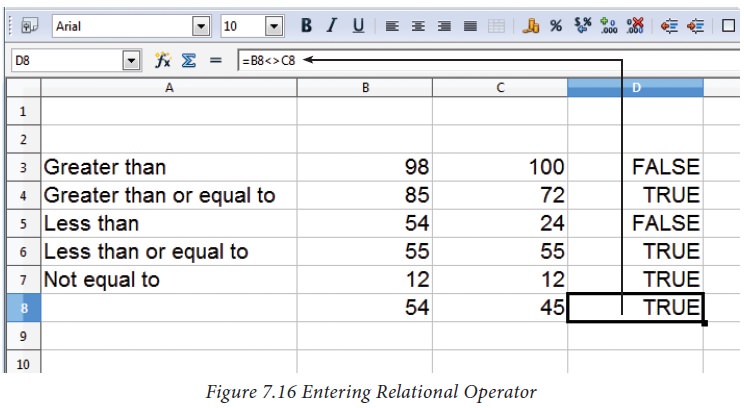 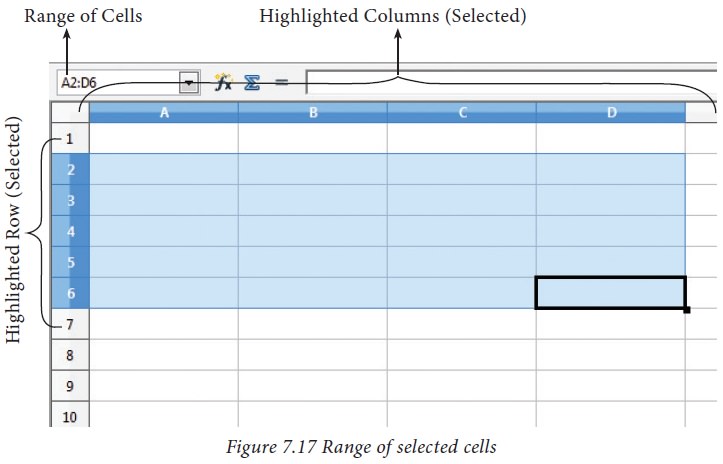 Name box shows the reference A2:D6 corresponding to the cells included in the drag operation with the mouse to highlight the range.

SUM is a function to find the sum of a group of values. 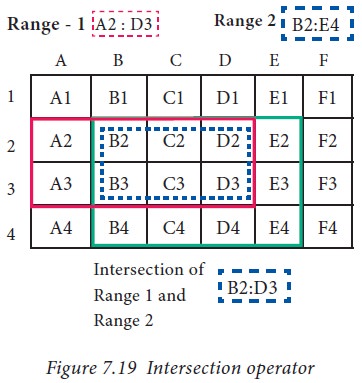 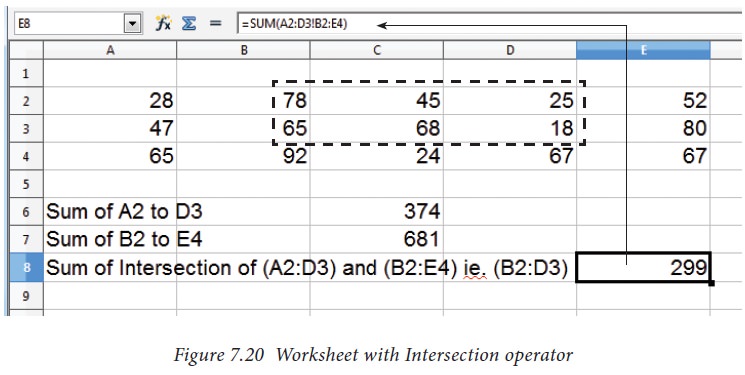 In Calc, “&” is a text operator which is used to combine two or more text. Joining two different texts is also known as “Text Concatenation” (Refer Figure 7.23). An expression using the text operator has the following syntax:

When arithmetic operators are used in a formula, Calc calculates the results using the rule of precedence followed in Mathematics. The order is:

Here is an example to illustrate how to create a formula:

Create a Marks worksheet with the following data: 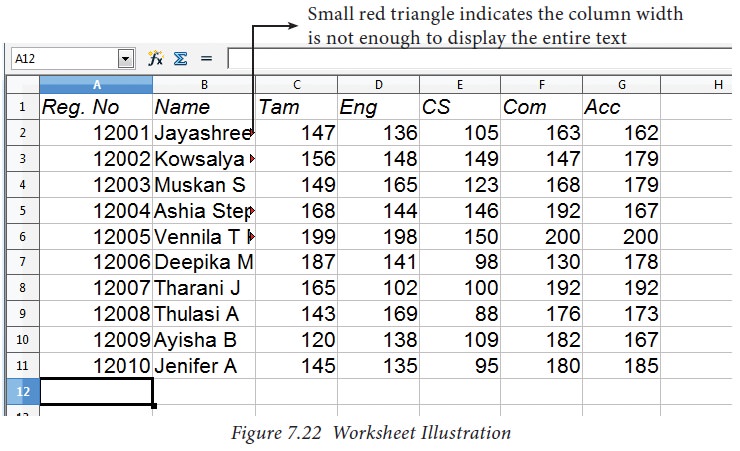 After completing the data entry, your worksheet will look as shown in Figure 7.22.

• Cell pointer should be in the cell in which you want to display the result.

• In a formula, use only cell reference (cell addresses) instead of the actual values within the cells.

• While constructing a formula, BODMAS rule should be kept in mind.

• If you refer cell addresses directly while constructing formulae, it is called as “Relative Cell reference”.

• While writing a formula, if you use the $ symbol in front of a column name and row number, it will become an “Absolute Cell reference”.

In an expression, all cells need not necessarily be relative or absolute. You can mix both type of references.

Finding Total to the above Illustration:

·           The above-mentioned formula clearly stated that, how worksheets are working with cells.

After entering a formula the result is display as in Figure 7.23 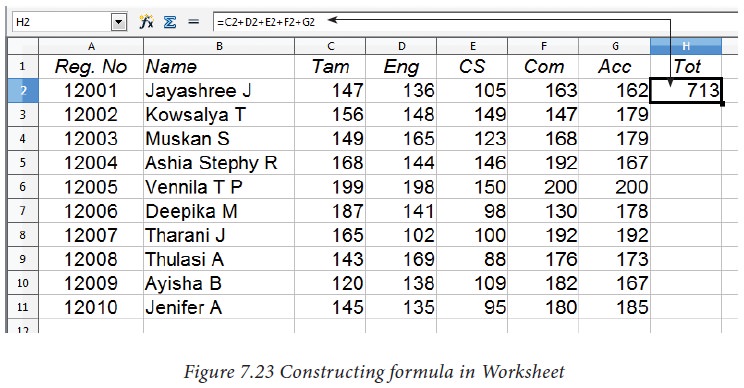