·         A neural network: A set of connected input/output units where each connection has a weight associated with it

·         During the learning phase, the network learns by adjusting the weights so as to be able to predict the correct class label of the input tuples

Neural Network as a Classifier

o   Poor interpretability: Difficult to interpret the symbolic meaning behind the learned weights and of ``hidden units" in the network 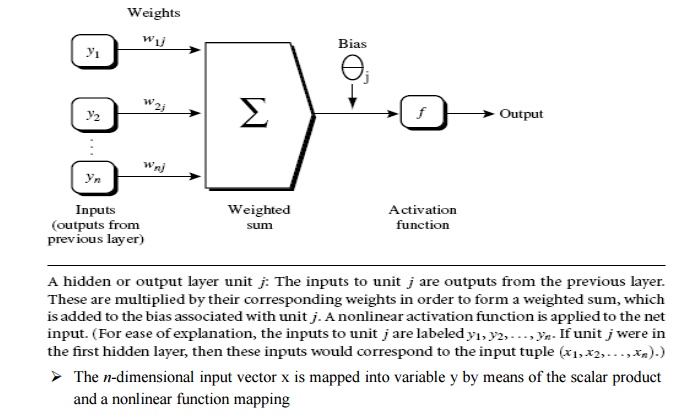 o     The number of hidden layers is arbitrary, although usually only one

o     The weighted outputs of the last hidden layer are input to units making up the output layer, which emits the network's prediction

o   From a statistical point of view, networks perform nonlinear regression: Given enough hidden units and enough training samples, they can closely approximate any function 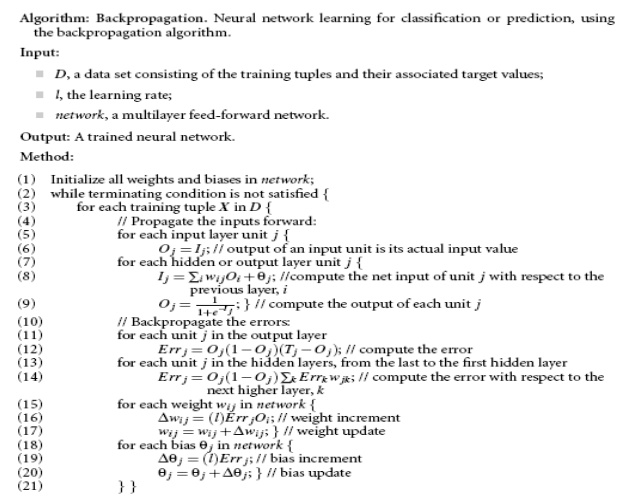