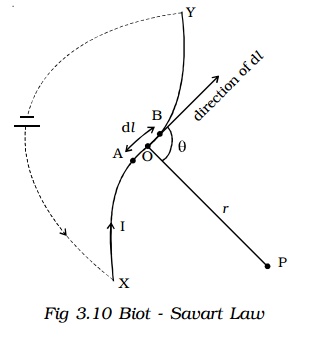 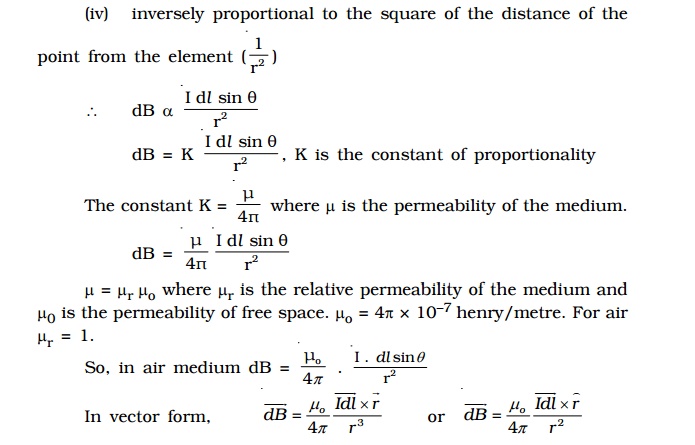 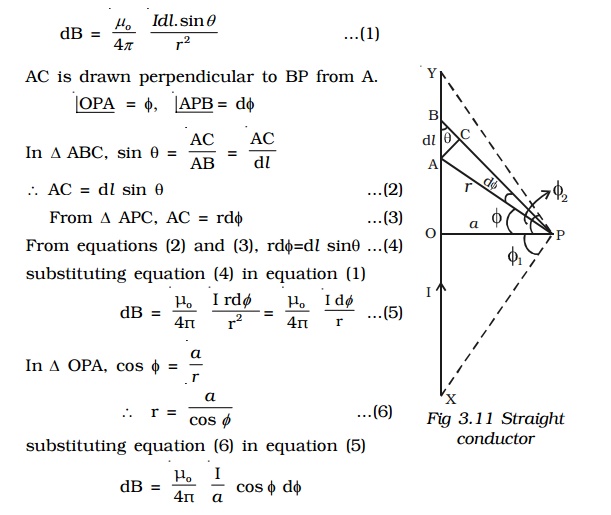 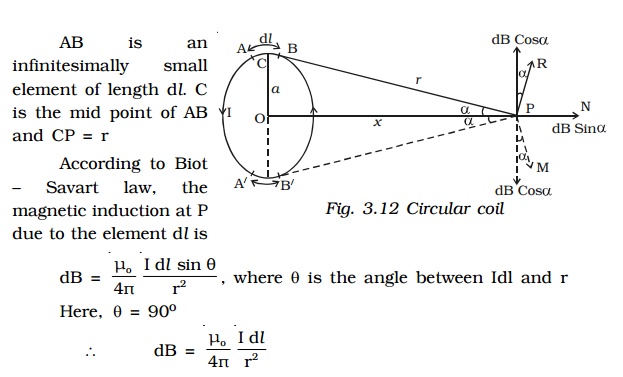 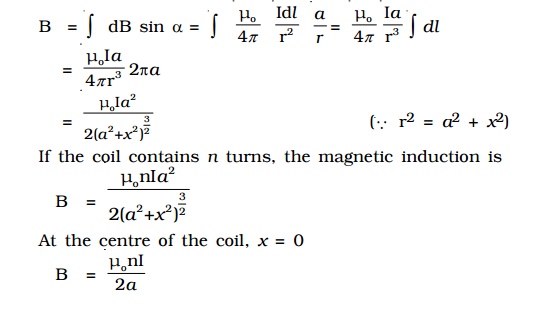 Tangent galvanometer is a device used for measuring current. It works on the principle of tangent law. A magnetic needle suspended at a point where there are two crossed fields at right angles to each other will come to rest in the direction of the resultant of the two fields. 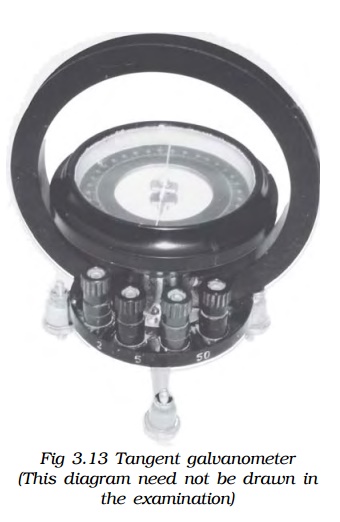 There is a small upright projection at the centre of the turn table on which a compass box is supported.

The compass box consists of a small pivoted magnet to which a thin long aluminium pointer is fixed at right angles. The aluminium pointer can move over a circular scale graduated in degrees. The scale consists of four quadrants. The compass box is supported such that the centre of the pivoted magnetic needle coincides with the centre of the coil. Since the magnetic field at the centre of the coil is uniform over a very small area, a small magnetic needle is used so that it remains in an uniform field even in deflected position. Usually the coil consists of three sections of 2,5 and 50 turns, which are of different thickness, used for measuring currents of different strength. 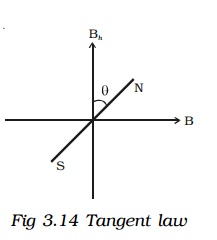 Due to these two crossed fields, the pivoted magnetic needle is deflected through an angle θ. According to tangent Law, 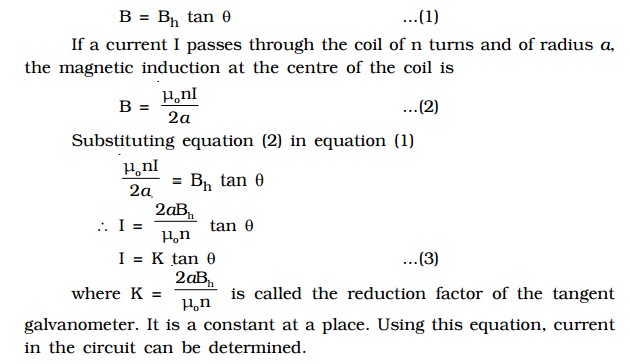 Since the tangent galvanometer is most sensitive at a deflection of 450, the deflection has to be adjusted to be between 300 and 600.