Proteins are most abundant biomolecules in all living organisms. The term protein is derived from Greek word ‘Proteious’ meaning primary or holding first place.

Proteins are most abundant biomolecules in all living organisms. The term protein is derived from Greek word ‘Proteious’ meaning primary or holding first place. They are main functional units for the living things. They are involved in every function of the cell including respiration. Proteins are polymers of α-amino acids.

Amino acids are compounds which contain an amino group and a carboxylic acid group. The protein molecules are made up α-amino acids which can be represented by the following general formula. 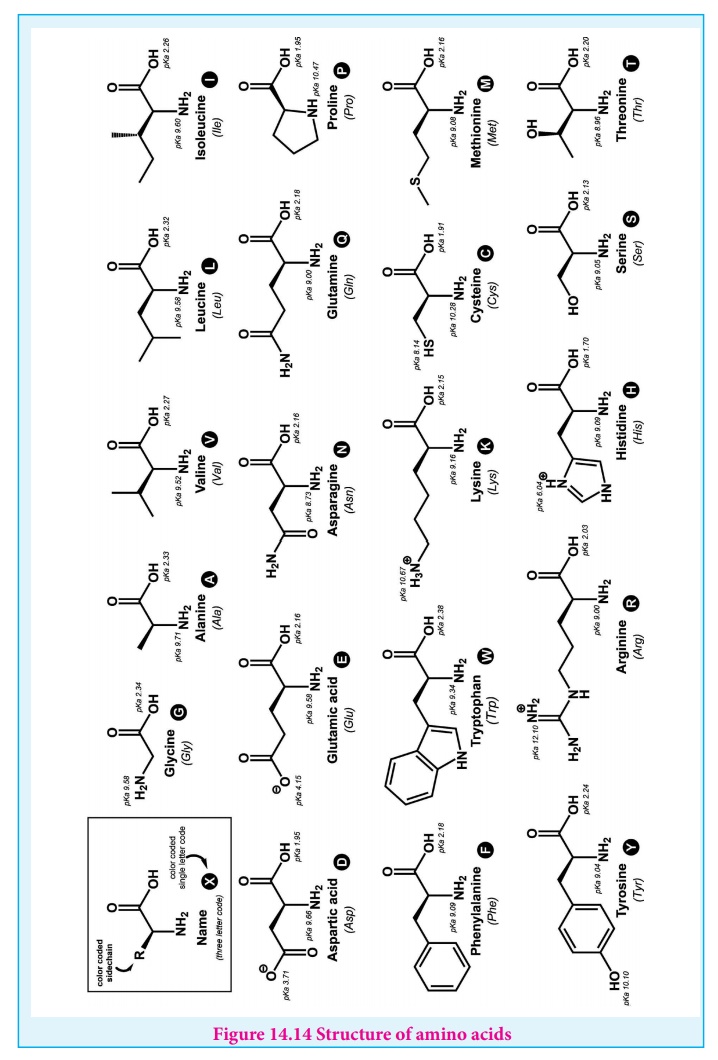 Although the vast majority of plant and animal proteins are formed by these 20 α- amino acids, many other amino acids are also found in the cells. These amino acids are called as non–protein amino acids. Example: ornithine and citrulline (components of urea cycle where ammonia is converted into urea)

In aqueous solution the proton from carboxyl group can be transferred to the amino group of an amino acid leaving these groups with opposite charges. Despite having both positive and negative charges this molecule is neutral and has amphoteric behaviour. These ions are called zwitter ions.

Except glycine all other amino acids have at least one chiral carbon atom and hence are optically active. They exist in two forms namely D and L amino acids. However, L-amino acids are used predominantly by the living organism for synthesising proteins. Presence of D-amino acids has been observed rarely in certain organisms.

The amino end of the peptide is known as N-terminal or amino terminal while the carboxy end is called C-terminal or carboxy terminal. In general protein sequences are written from N-Terminal to C-Terminal. The atoms other than the side chains (R-groups) are called main chain or the back bone of the polypeptide.