What are the different types of equality?

Social equality means no one should be discriminated in the distribution of rights, privileges and opportunities based on birth, caste, religion, race, colour, gender or social status.

What are the different types of equality?

Social equality means no one should be discriminated in the distribution of rights, privileges and opportunities based on birth, caste, religion, race, colour, gender or social status. Each one should be given equal opportunity to develop his personality. Social equality implies few important aspects. They are: removal of discrimination based on social status, absence of special privileges to few and finally ensuring equal opportunity in terms of acquiring education. History reveals that certain forms of social inequality world over were rejected and the demand for social equality are being raised. Slavery in South Africa, west Asia and America, untouchability in India, Racial discrimination n in USA against Blacks, Policy of Hitler against Jews and gender related inequalities and discrimination are few examples of social inequalities with countries world over are trying to redress with the policy of government. Civil rights movement in United States of America for Blacks by Martin Luther king Jr and Dr.B.R.Ambedkar’s effort for the social equality for the lower caste in India are few examples that set movement for social equality in motion.

Civil right movement was a struggle for social justice happened during the 1950s and 1960s for blacks to gain equal rights under the law in the United states. Similarly Dr.B.R.Ambedkars liberation movement for millions of dalits was a historic movement in India. A seed for the movement for social equality.

The American declaration announced that ‘all men are created equal’, French declaration of Rights of Man and citizens declared that ‘men are born and always continue free and equal in their rights. The United Nations organization on 10th December, 1948, declared the charter of human rights which laid stress on social equality. However according to the report of Amnesty International, these rights have been violated frequently by a number of countries in the past and still efforts are being made to address the issues of social inequality world over.

The word ‘civil’ is derived from the Latin word civilis or civis, which means citizen. Civil equality means equality in which each citizen is provided with equal civil rights and liberties. Civil equality consists of similar civil liberties and civil rights by all the citizens. Civil laws should treat all the individuals equally. 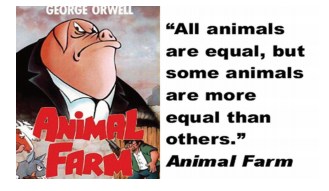 There should not be any discrimination of superior and inferior, the rich and the poor, caste and creed, colour and race, clans and tribes, groups and classes. In England, Rule of law is in force and in the eyes of the rule of law all are equal. Equal treatment is given to all by the rule of law. It is from the British constitution India had adopted the rule of law.

Economic equality here means the provision of equal opportunities to all so that they may be able to make their economy progress. Ideologically this is possible in Socialism and not in Capitalism.

(v) Equality of opportunity and education