How liberty is safeguarded?

Liberty is safer in democracy than in any other form of government.

How does law protect liberty?

i.         Provides congenial atmosphere for the smooth running of civilized life in society. Law punish criminal and defends the rights of the individuals.

ii.      Law guarantee the enjoyment of individual rights and duties and protect them. The state punishes the individual who causes harm to others and hinders path of others .

iii.    Constitution is custodian of liberty and it confines the authority of the state and protects the fundamental right of the people.

How liberty is safeguarded?

Authority of the state dwells in the constitution of the respective nation.

Let us read the Preamble of our Constitution very carefully and understand the meaning of each of its key words.

The Preamble of Constitution reads like a poem on democracy. It contains the philosophy on which the entire Constitution has been built. It provides a standard to examine and evaluate any law and action of government, to find out whether it is good or bad. It is the soul of the Indian Constitution. 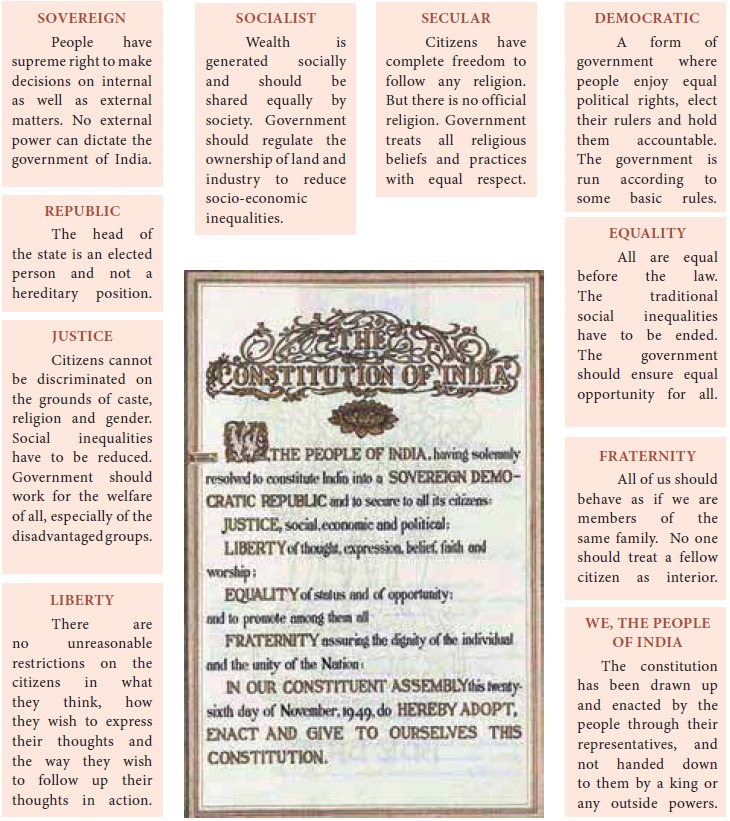 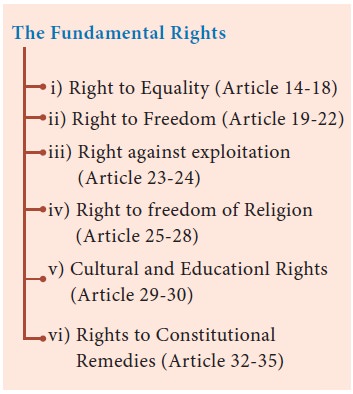 Decentralization of power is required for the safeguard of liberty. Power should be divided into central, provincial and local government and such decentralization leads to efficient administration.

Safeguard of Liberty depends upon the independence of judiciary. It should be free from the control of the executive. In the communist countries or in the countries which have dictatorship, fundamental rights are given to the people but judiciary is not free from the influence of the executive. In such countries, the safeguard and security of fundamental rights, liberty and constitution is not possible.

Economic security is a condition to liberty.“Where there are rich and poor, educated and uneducated, we always find a relation of master and servant”. – Laski

Poverty is not an accident. Like slavery and apartheid, it is man-made and can be removed by the actions of human beings. - Nelson Mandela

Rule of law is established in England, USA and India Rule of law mean that there should not be any distinction of caste and creed colour and race . In the eyes of law all are equal and all are liable to be punished if they commit crime.

The rule of law was further popularised in the 19th century by British jurist A. V. Dicey. The concept, if not the phrase, was familiar to ancient philosophers such as Aristotle, who wrote “Law should govern”.

Permanent safeguard of liberty is possible. Educated are acutely aware of their rights and duties. Eternal vigilance is the prices of liberty and in it absence one can act according to his will whenever the government crosses the barrier of its authority and interference in the personal life of the people, may rise in revolt against the government.

“It is the proud spirit of the citizens, less than the letter of the law, that is the most real safeguard” - Harold . J. Lask