We live amidst distinctions between human beings on the ground of race and color, knowing well it is unacceptable.

We live amidst distinctions between human beings on the ground of race and color, knowing well it is unacceptable. In fact such distinctions violate our intuitive understanding of equality which tells us that all human beings are entitled to similar respect and consideration because of their common humanity. No society treats all its members in exactly the same way under all circumstances. There can be no identity of treatment so long as men are different in wants, capacities, and needs. Injustice arises much from treating unequal’s equally as from treating equals unequally. And most importantly apart from the natural inequalities, there are inequalities created by the society- inequality based upon birth, wealth, knowledge and religion.

The movement of history is not towards greater equality because as fast as we eliminate one inequality, we create another one: the difference being that the one we discard is unjustifiable while the one we create seems reasonable. Hence the social political, educational equalities are always in need of reinforcement and reinterpretation by every new generation. Like liberty, equality can also be understood in its negative and positive aspects. Negative equality was associated with the end of such privileges and positively it meant the availability of opportunity.

According to Laski equality means:

·              Adequate opportunities are laid open to all. Opportunities should be given to all to realize the implications of his personality.

·              All must have access to social benefits and no one should be restricted on any ground. The inequalities by birth or because of parentage and hereditary causes are unreasonable

A state divided into a small number of rich and large number of poor will always develop a government manipulated by the rich to protect the amenities represented by their property.

According to Barker, the concept of equality means

v   Fundamental equalities of all

v   Equality of outcome of results

The concept of equality implies that all people as human being are entitled to the same rights and opportunities to develop the skills and talents, to pursue their goals and ambitions. However, it is not the lack of equality of status or wealth or privilege that is significant but the inequality in peoples access to such basic goods, as education, health care, safe housing that make for an unequal and unjust society.

Natural inequalities are those that emerge between people as a result of their different capabilities and talents. These kinds of inequalities are different from socially produced inequalities which emerge as a consequence of inequalities of opportunity or the exploitation of some groups in a society by others. Natural inequalities are considered to be the result of the different characteristics and abilities with which people are born with. Social inequalities on the other hand are those created by society. Unequal treatment in society based on race, color, gender and caste are of social inequalities. Women were denied equal rights for centuries similarly, Blacks were treated as slaves until the institution of slavery was questioned . Even people born with disability with modern technological innovations are able to contribute like any other normal person. Stephen Hawkings, contribution despite his disability is remarkable. Political philosophers have contributed various theories, philosophies and ideologies for further understanding and innovation to place society on equal platform. 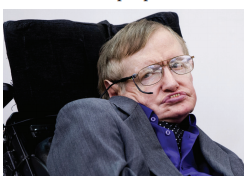 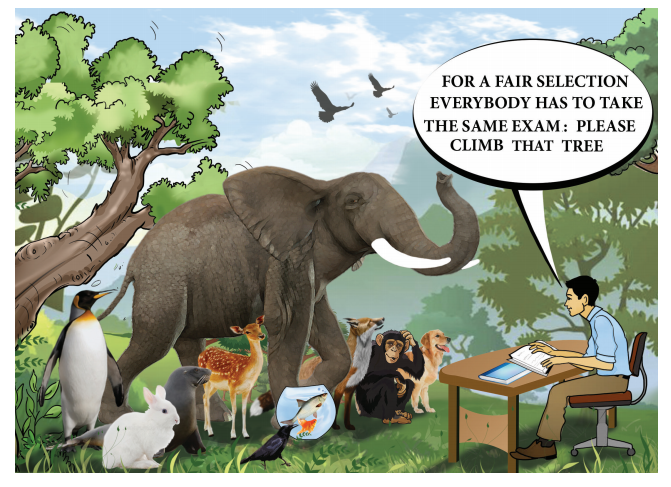 Read the cartoon and identify the context of what type of inequalities are represented in this cartoon?

Let us know the dimensions of equality

MUKILAN TOO HAS A DREAM …

Mukilan works in a Brickkiln in Silaiman, near Madurai. The following is an extract of the interview:

Correspondent: What is your day life?

Tell us about your family. What do your parents do?

My mother is a homemaker/ my father works in a Brickkiln. I feel sad that I cannot spend time with my two elder brothers, since they stay in Kolkata. They are day laborers. My brothers, Raja Pandi(19 years) and Muniasamy(16 years) left school. When they were in Std’s IV and VI respectively. Both had worked in Brickkilns before me. I have two sisters also. Tamil Selvi(10 years), who is studying in Std III at the Government School. My other sister, Yazhini , is now 22 years and is married. She studied up to Std V.

When you grow up, What would you like to be?

I always wanted to be a doctor or to work in a pharmaceutical company, since that helps people.

Correspondent: Do you have dreams?

My dream to be live in a good house and to travel in a car.