The concept of Natural liberty indicates unrestrained freedom to do what ever one likes. 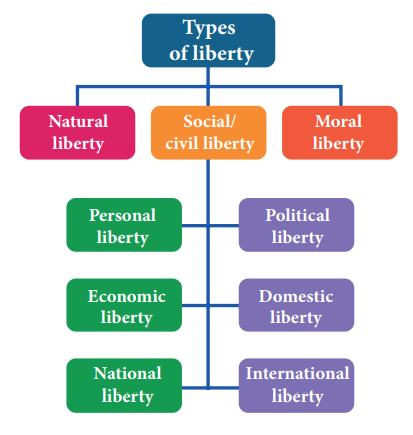 The concept of Natural liberty indicates unrestrained freedom to do what ever one likes.

Natural liberty means absence of all restraint –an unrestrained freedom to do whatever one likes.

“Everyone has a vague notion of liberty of some kind and a desire for it, but among ten people using the word, perhaps no two will be able to say exactly what they mean, or if they do so say it, win agree with each other in their definitions. This general unscientific use of the word we may call Natural Liberty.”-Professor R.N. Gilchist.

JohnLocke: In the state of Nature people enjoyed the rights to life, liberty and property.

Critic: It is absolutely incorrect because it is only the state that guarantee the enjoyment of these rights . In the state of nature people possessed not rights, but the power of animal.

Rousseau: “Man was born free, but every where he is in chains”

Critic: Rousseau does not appear sound because there is no scope for the growth of human personality. According to social contractualist, liberty looks like a license than a liberty. If he is allowed to do whatever he likes, there will be only chaos in the society. 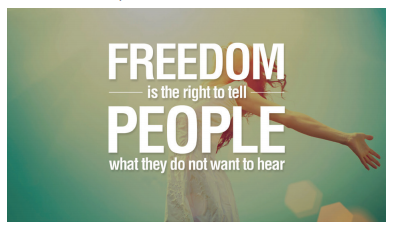 The concept of personal liberty means the availability of those conditions in which the individual can act as he pleases without being under any type of arbitrary and illegitimate restraint. It also means that every individual has the right not to permit any other individual to interfere in the affairs of his personal life . Every individual should have the the liberty to dress, food, standard of living, marriage and education of children etc. The state should not interfere in the personal matters of the individual such liberty is essential for the free development of human society .

“By economic liberty I means security and the opportunity to find reasonable significance in the earning of one’s daily bread I must be free from the constant fear of unemployment and insufficiency which perhaps more than other inadequacies’, sap the whole strength of personality . I must be safeguards against the wants of tomorrow” - Harold.J. Laski

Liberty is an important condition in a state that gives an opportunity for human beings to develop their personality.

According to this principle; there should be no taxation without representation. It was the slogan given by middle classes who claimed that they should be allowed to decide as to how and on whom their money was to be spent. Both civil and fiscal liberty were related to property and the rights of their owners . It was felt by the middle classes that without fiscal and civil liberty they would not be able to exist and be exploited by arbitrary rulers.

It covers equal right for women and children. They need to be protected against maltreatment, cruelty and exploitation. They were also have the right to education.

The struggle of Italy against Austria, England against Hitler and Napoleon struggle of African counties against imperialist forces and Indians struggle against England are few example where struggle was made ultimately for restoring the liberty of the Nation. When India was attacked by China in 1962, and by Pakistan in 1965 and 1971 the Government of India made all efforts to safeguard the freedom of nation.

‘Liberty does not descend upon a person. People must raise themselves to liberty. Liberty is a blessing that must be earned in order to be enjoyed’ engraved on the building of central secretariat New Delhi .

This concept implies peace and international cooperation and the formation of world federation of states. Liberals were opposed to the use of force as an instrument of national policy. capitalism needed peace and international cooperation for the free flow of goods from one country to another and they needed all political and other barriers to be removed that stood in the way of the development of world resources.