Water is the precious gift of nature to humankind and millions of other species living on the earth.

Water is the precious gift of nature to humankind and millions of other species living on the earth.

Tamil Nadu constitutes 4% of India’s land area and is inhabited by 6% of India’s population, but has only 2.5% percent of India’s water resources. More than 95% of the surface water and 80% of the ground water have already been put into use. 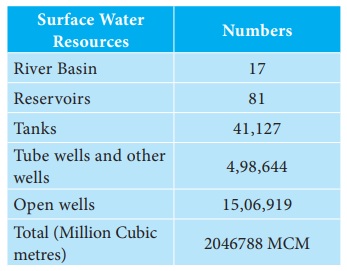 Multipurpose river valley projects are basically designed for the development of irrigation for agriculture and hydropower generation. However, they are used for many other purposes as well.

The Mettur Dam was constructed in a gorge, where river Cauvery enters the plains. It is one of the oldest dam in India. It provides irrigation to Salem, Erode, Karur, Tiruchirappalli, Thanjavur, Tiruvarur and Nagapattinam districts farmlands. 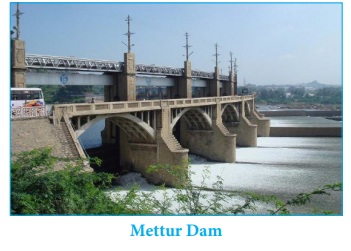 The Bhavani Sagar Dam is located 80 km away from Coimbatore city in the  district of Erode. It has been constructed across the river Bhavani. This dam is one of the biggest earthen dams in the country.

The Amaravathi dam is situated 25 km away from Udumalpet in Tirupur district. The dam has been constructed across the river Amaravathi, a tributary of Cauvery. The dam was built primarily for irrigation and flood control. A small hydropower station has also been installed recently.

Krishnagiri dam is situated at a distance of 7 km from Krishnagiri towards Dharmapuri.

Sathanur Dam was constructed across the river Thenpennai in Chengam taluk. It is in the midst of Chennakesava hills. It irrigates the land in Thandrampet and Tiruvannamalai blocks. There is also a large crocodile farm and a fish grotto. Parks are maintained inside the dam for tourists and the gardens are used by the film industry.

Mullaiperiyar dam was built by the British administration in 1895. It has been constructed on the Periyar river, which originates from Thekkady hills of Kerala. The dam was built mainly for watering the farming land of Tamil Nadu, which is perennially drought-prone.

This dam built across the river Vaigai near Andipatti. The dam with a height of 111 feet can store water up to 71 feet. It is located 7 km from Andipatti and 70 km from Madurai. This dam was opened on 21 January, 1959.

Manimuthar dam is located about 47 km from Tirunelveli.

It is also known as Karaiyar dam and is located about 49 km away from Tirunelveli. The dam is used to irrigate Tirunelveli and Thoothukudi districts.

It is a joint venture of Tamil Nadu and Kerala states. It envisages the construction of seven interconnected reservoirs by harnessing the water of seven rivers, which include major rivers of Parambikulam and Aliyar.

Parappalar project is located near Ottanchatram. Its storage capacity is 167 million cubic feet of water. It is about 75 km from Madurai and is in Palani taluk.

Water resource management is the activity of planning, developing, distributing and managing the optimum use of water resources. The demand for water in Tamil Nadu is increasing at a fast rate both due to increasing population and also due to larger per capita needs triggered by economic growth. Demands from other sectors such as domestic and industries have been growing significantly. The state is heavily dependent on monsoon rains. Since the state is entirely dependent on rains for recharging its water resources, monsoon failures lead to acute water scarcity and severe droughts. So, it is important to save water for us and the future generation. 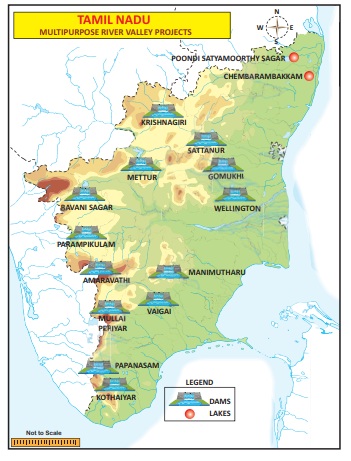