The State has a total road length of 167,000 km, In which 60,628km are maintained by state Highways Department.

The State has a total road length of 167,000 km, In which 60,628km are maintained by state Highways Department. It ranks second in India with a share of over 20% in total road projects under operation in the Public-Private Partnership (PPP) model. 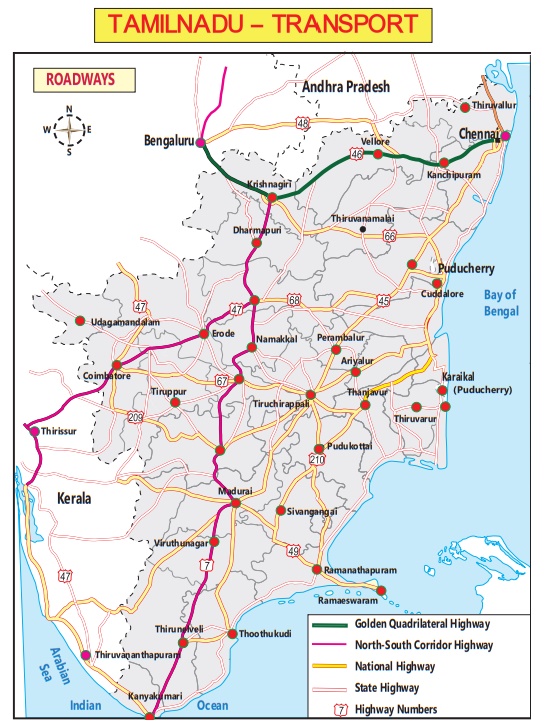 Tamil Nadu has a well-developed rail network as part of Southern Railway, headquartered at Chennai. The present Southern Railway network extends over a large area of India’s southern peninsula, covering Tamil Nadu, Kerala, Puducherry, minor portions of Karnataka and Andhra Pradesh. Chennai has a well-established suburban railway network, a mass rapid transport system(MRTS) and is currently developing a Metro system, with its first underground stretch in operation since May 2017. 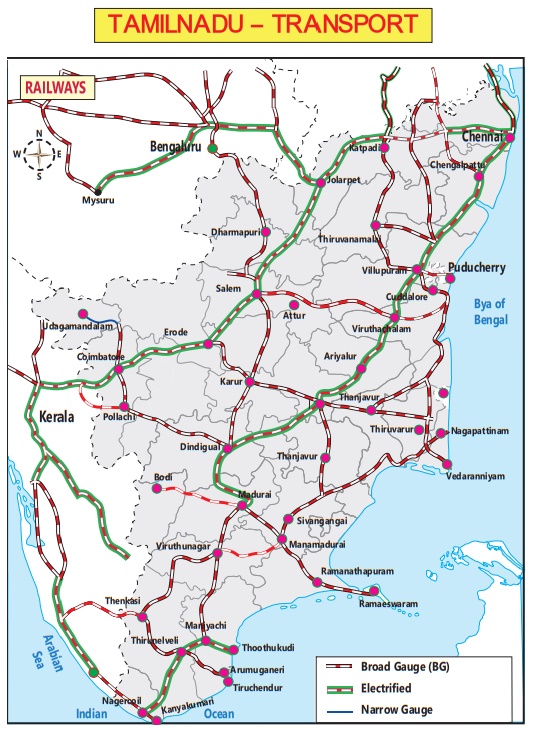 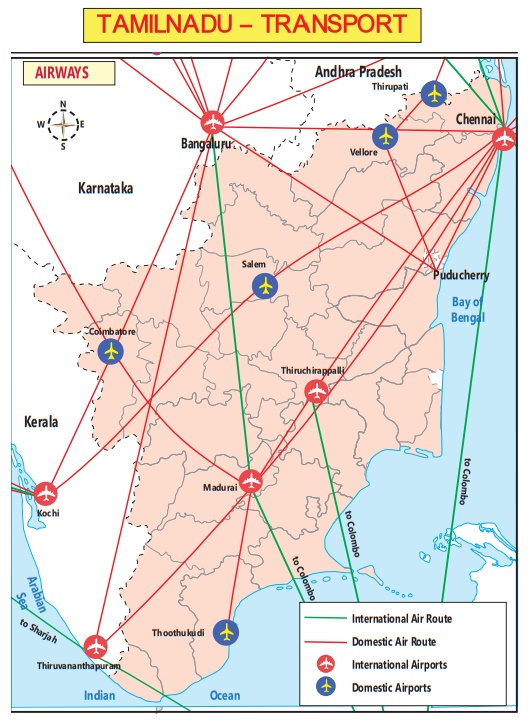 Tamil Nadu has three major ports. They are in Chennai, Ennore and Tuticorin. It has an intermediate port at Nagapattinam and 15 minor ports. All the minor ports are managed by the Tamil Nadu Maritime Board, Chennai Port. This is an artificial harbour and the second principal port in the country for handling containers. 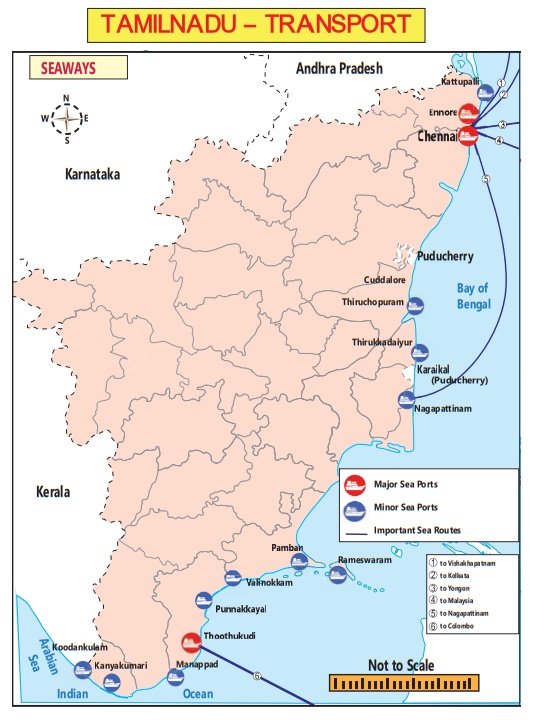