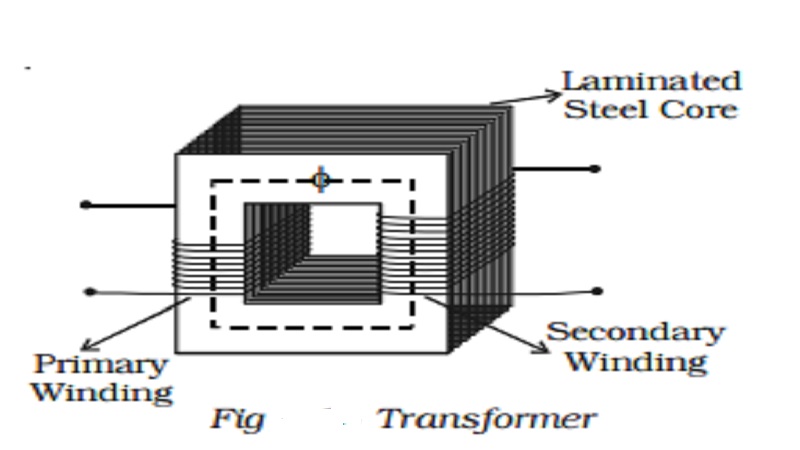 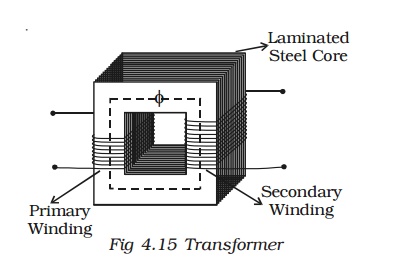 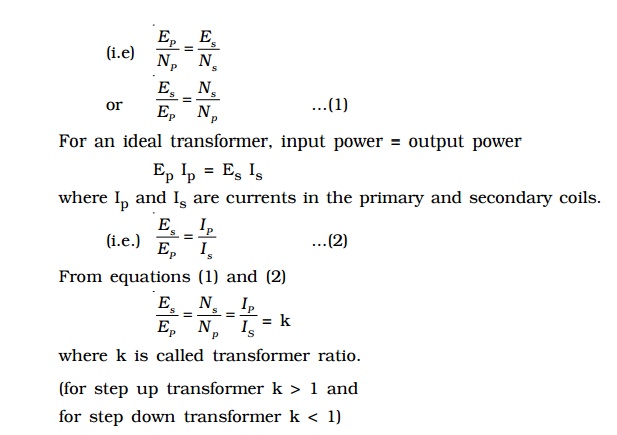 Efficiency of a transformer

Efficiency of a transformer is defined as the ratio of output power to the input power.

The efficiency η = 1 (ie. 100%), only for an ideal transformer where there is no power loss. But practically there are numerous factors leading to energy loss in a transformer and hence the efficiency is always less than one.

Energy losses in a transformer

The current flowing through the primary and secondary windings lead to Joule heating effect. Hence some energy is lost in the form of heat. Thick wires with considerably low resistance are used to minimise this loss.

The varying magnetic flux produces eddy current in the core. This leads to the wastage of energy in the form of heat. This loss is minimised by using a laminated core made of stelloy, an alloy of steel.

The flux produced in the primary coil is not completely linked with the secondary coil due to leakage. This results in the loss of energy. This loss can be minimised by using a shell type core.

In addition to the above losses, due to the vibration of the core, sound is produced, which causes a loss in the energy.

The electric power generated in a power station situated in a remote place is transmitted to different regions for domestic and industrial use. For long distance transmission, power lines are made of conducting material like aluminium. There is always some power loss associated with these lines.

If I is the current through the wire and R the resistance, a considerable amount of electric power I2R is dissipated as heat. Hence, the power at the receiving end will be much lesser than the actual power generated. However, by transmitting the electrical energy at a higher voltage, the power loss can be controlled as is evident from the following two cases.

Hence it is evident that if power is trasmitted at a higher voltage the loss of energy in the form of heat can be considerably reduced.

For transmitting electric power at 11,000 W at 220 V the current capacity of line wires has to be 50 A and if transmission is done at 22,000 V, it is only 0.5 A. Thus, for carrying larger current (50A) thick wires have to be used. This increases the cost of transmission. To support these thick wires, stronger poles have to be erected which further adds on to the cost. On the other hand if transmission is done at high voltages, the wires required are of lower current carrying capacity. So thicker wires can be replaced by thin wires, thus reducing the cost of transmission considerably.