The epipelagic region is technically the upper 200 m of the ocean off the continental shelves. 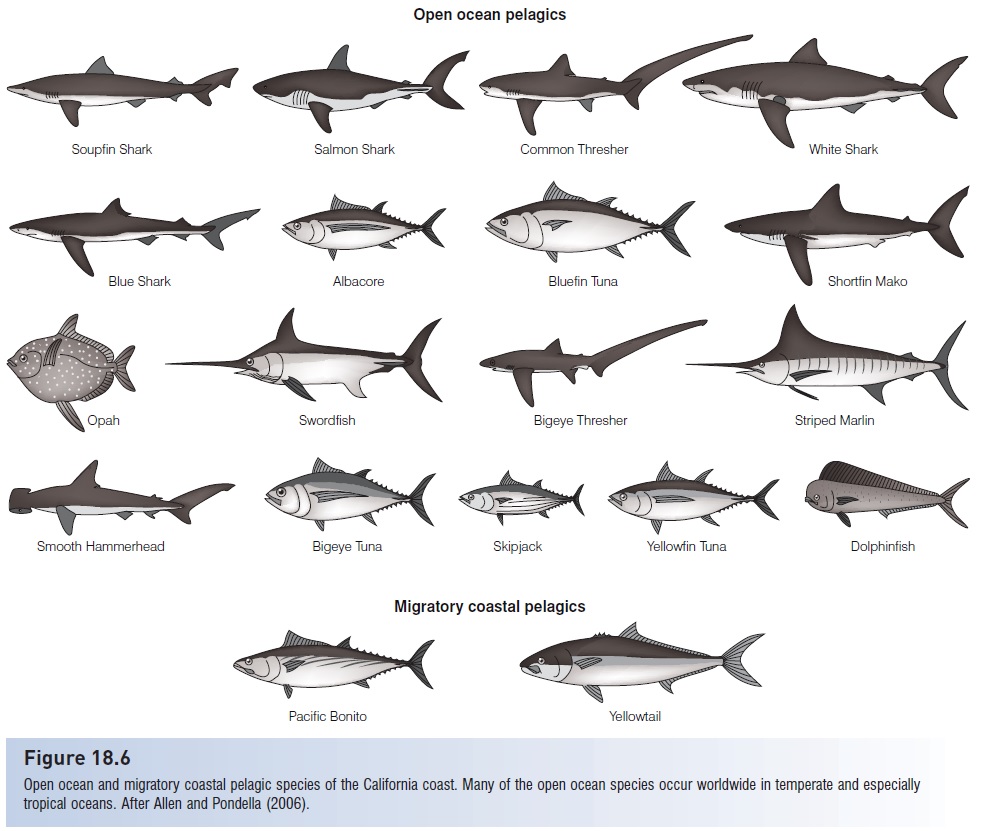 The pelagic realm is unquestionably the most important and productive region of the sea as far as human consumption is concerned. Pelagic fishes constitute nearly half of the 70–80 million tons of fish captured annually worldwide. Coastal pelagics, particularly clupeoids, make up about one-third of the total, and offshore pelagics such as tunas and billfishes make up an additional 15% (Blaxter & Hunter 1982; Groombridge 1992; FAO 2004).Characteristic of the pelagic region are high solar insolation, variable production that can be very high in regions of upwelling or convergence of major currents, large volume, and a lack of physical structure. The abundance and diversity of fishes in the open sea is made possible by the periodic high productivity that occurs as nutrient-rich cold water upwells to the surface, promoting the bloom of algal plankton species and creating a trophic cascade, at least until the nutrients are used up. The greatest concentrations of fishes in the sea, and the largest fisheries, occur in such areas of upwelling. Upwelling areas may account for 70% of the world fisheries catch (Cushing 1975). The anchovy fisheries of South America and Africa, and the sardine fisheries of North America and Japan have been direct results of pelagic fishes accumulating in areas of upwelling. Several of these fisheries have collapsed through a combination of overexploitation and shifts in oceanographic conditions that reduced the magnitude of the upwelling (see  Commercial exploitation). The boom and bust cycles of temperate pelagics result from a patchy distribution of food in both time and space interacting with life history patterns of high-latitude pelagic species, which puts a premium on an ability to travel long distances and locate blooms. 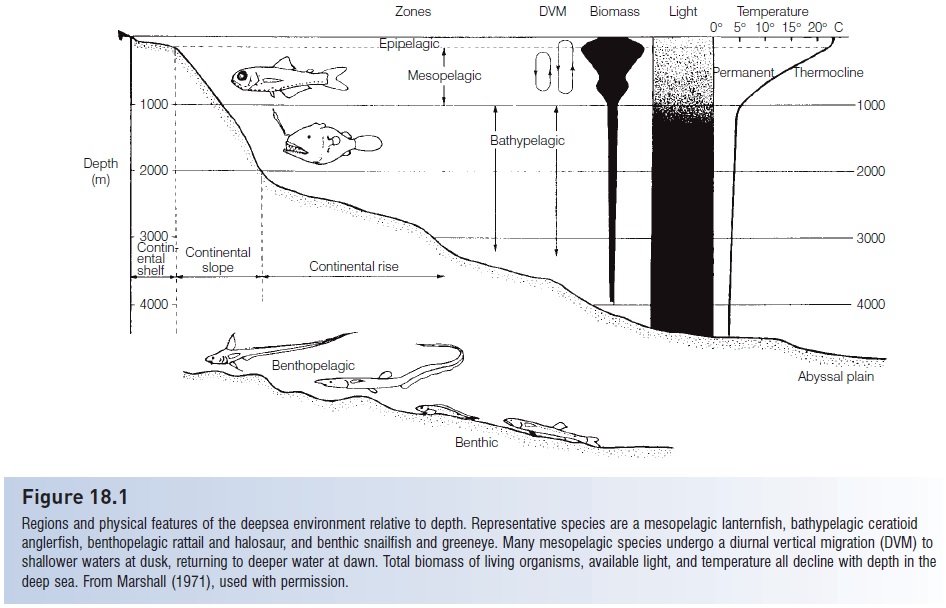