Structure and functions of Grassland Ecosystems 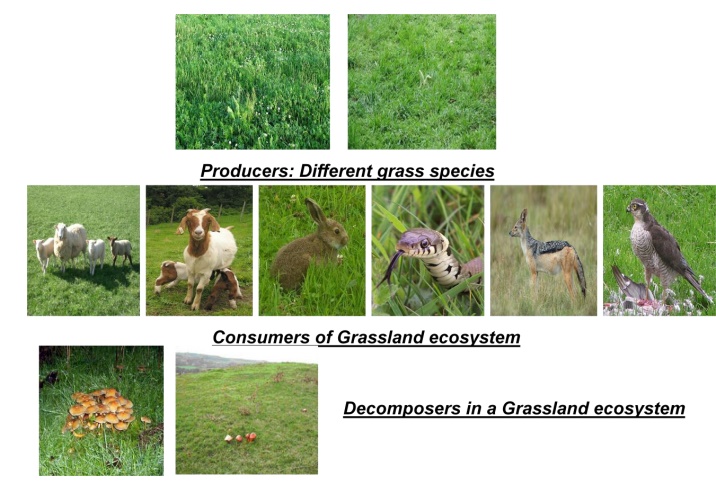 Grasslands (also called Greenswards) are areas where the vegetation is dominated by grasses and other herbaceous (non-woody) plants.

v   Grasslands (also called Greenswards) are areas where the vegetation is dominated by grasses and other herbaceous (non-woody) plants.

v   Grasslands occupy about 24% of the earth’s surface.

v   The principal grasslands include:

v   The highest abundance & greatest diversity of large mammals are found in these ecosystems.

v   The dominant animal species include

v   Herds of Bison of America; and

v   The antelope & other large herbivores of Africa.

Structure and functions of Grassland Ecosystems

v   In grassland, producers are mainly grasses; though, a few herbs & shrubs also contribute to primary production of biomass.

v   Some of the most common species of grasses are:

v   In a grassland, consumers are of three main types;

v   The primary consumers are herbivores feeding directly on grasses. These are grazing animals such as

v   Besides them, numerous species of insects, termites, etc are also present.

v   These are carnivores that feed on primary consumers (Herbivores)

v   These include hawks etc. which feed on secondary consumers.

v   These include wide variety of saprotrophic micro- organism like: Bacteria; Fungi; Actinomycetes

v   Therefore, nutrients are released for reuse by producers.

v   These include basic inorganic & organic compounds present in the soil & aerial environment. 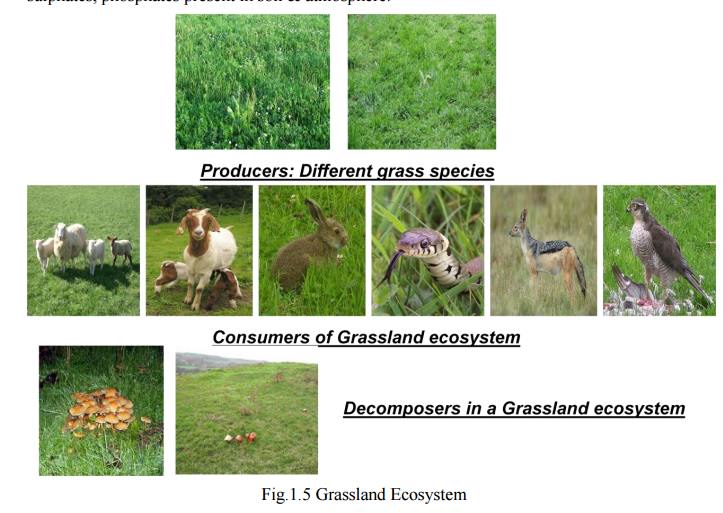