Structure and Functions of Desert Ecosystms 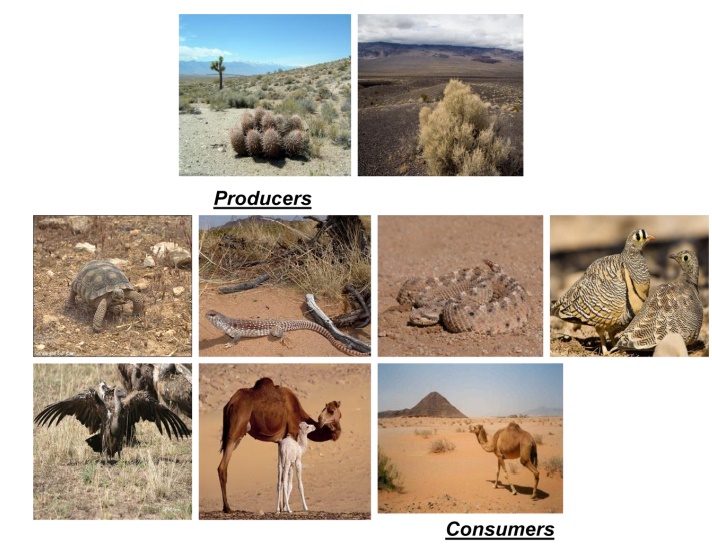 A desert is a landscape or region that receives almost no precipitation.

v     A desert is a landscape or region that receives almost no precipitation.

v   Deserts are defined as areas with an average annual precipitation of less than 250 millimeters per year.

v   The deserts of the world are mainly located in the

v   Soils of deserts often have abundant nutrients but little or no organic matter.

Sturucture and Functions of Desert Ecosystms

v   In a desert, producers are mainly shrubs/bushes; some grasses & a few trees.

v   Besides some lower plants such as lichens & xerophytic mosses are also present.

These include animals such as insects, reptiles which are capable of living in xeric conditions

v Besides some nocturnal rodents, birds & some mammalians like camel etc are also found.

Due to poor vegetation with very low amount of dead organic matter, decomposers are poor in desert ecosystem.

v   The common decomposers are some bacteria & fungi, most of which are thermophillic.

Due to high temperature & very low rainfall, the organic substances are poorly present in the soil. 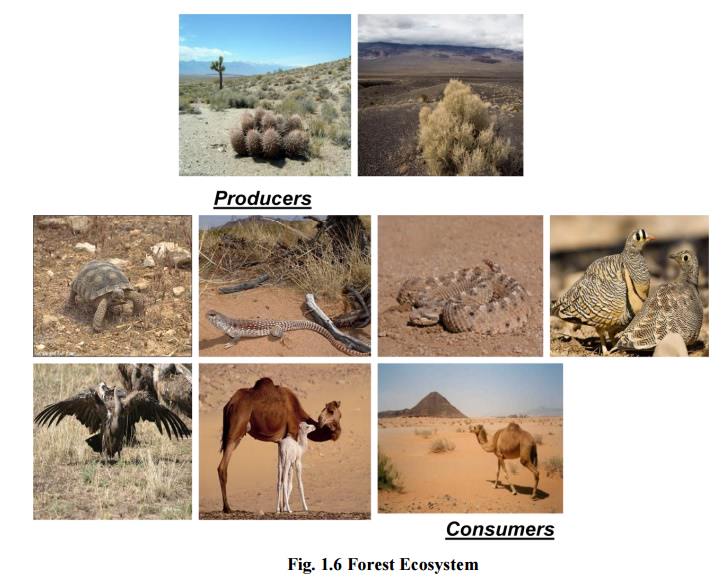