Definitions and Scope of Environmental Science

Environment is derived from the French word Environ which means to encircle or surround. 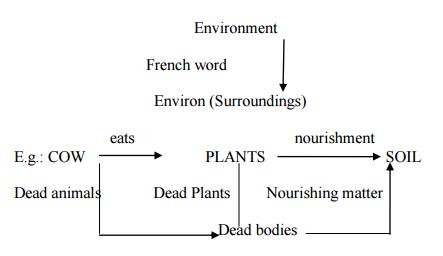 Ø   Environment is derived from the French word Environ which means to encircle or surround.

Ø   Environment is sum total of water, air, and land, inter-relationships among themselves and also with the human beings, other living organisms and property. The above definition given in Environment Act, 1986 clearly indicates that environment includes all the physical and biological surroundings and their interactions. 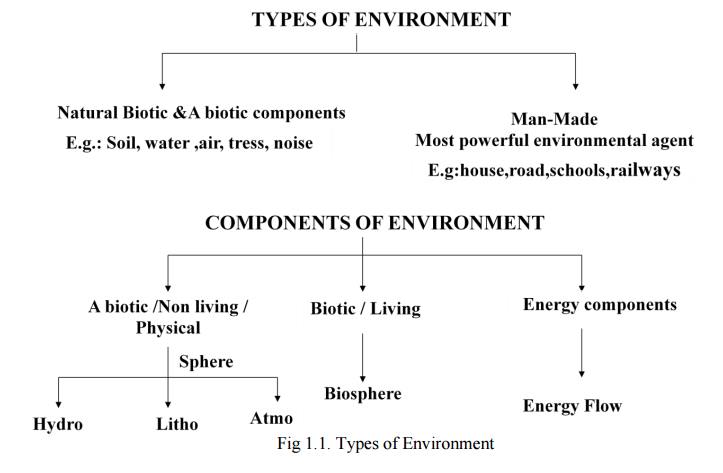 Ø   Studying the interrelationships among biotic and abiotic components for sustainable human ecosystem,

Ø   Carrying out impact analysis and environmental auditing for the further catastrophic activities,

Ø   Developing and curbing the pollution from existing and new industries,

Ø   Stopping the use of biological and nuclear weapons for destruction of human race,

Ø   Managing the unpredictable disasters and so on.

There are some major issues like global warming, depletion of ozone layer, dwindling forests and energy resources, loss of global biodiversity etc., that are going to affect the mankind as a whole and for that we have to think globally.

Ø   The United Nations Conference on Environment and Development held in Rio de Janerio in 1992 and popularly known as Earth summit followed by the world summit on sustainable Development in 2002, have highlighted key issues of global environmental concern.

Ø   The proper implementation and especially public participation are important aspects.

Ø   Public participation is possible only when the public is aware about the ecological and environmental issues.

Ø   A drive by the government to ban the littering of polythene cannot be successful until the public understands the environmental implications of the same.

Ø   The public has to be educated about the fact that if we are degrading our environment we are actually harming ourselves.