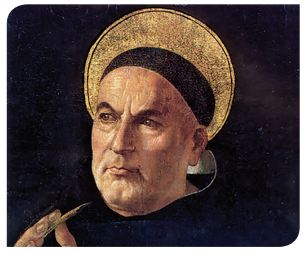 In Western Europe the thirteenth Century was regarded as the golden age of western medieval philosophy. Catholicism emerged as the universal religion in Western Europe. Eventually Aristotle’s Politics, re-emerged during the thirteenth century. Sharp differences arose between Aristotle’s secular views and Augustine’s religious ideas on sin, the Fall, and political society which were accepted by the church and as a binding doctrine. However, some philosophers faced the challenge of how to accommodate their theological views and a set of secular political assumptions, which finally resulted in the reconciliation of two different ways of understanding the world. They finally succeeded by terming politics and political theorizing as a trivial pursuit vis-à-vis people’s higher calling of getting right with God. St. Thomas Aquinas was the greatest among these Christian theologians who architected this major philosophical triumph.

St. Thomas Aquinas (1224 or 1225-1274) was born in the family castle of Roccasecca, north of Naples. His father was Landulf of Aquino, who headed a minor branch of an important land owning family and his mother was Theodora Rossi belonging to Neapolitan Carracciolo family. 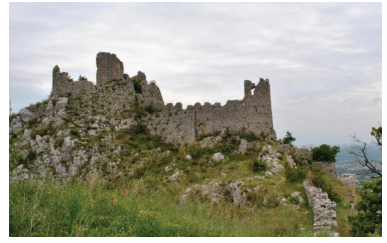 In the nineteenth century, Pope Luis XIII declared that the philosophical system which Aquinas founded to be official Catholic theology, which made reading his works not only important for Catholics but also for those who sought a more than surface understanding of that branch of Christianity. Aquinas works included commentaries that stem from his theological design. Some of his important works include, (i) Summa Contra Gentiles (1264), (iii) Summa Theologica (1274) and (iv) On Kingship.

It has often been said that Aquinas wrote the Summa Contra Gentiles (SCG) as a manual or text book designed to be used by the Dominican missionaries working in Spain where Islam was then a force to be reckoned with by Christians. The SCG is evidently an apologetic work, since it defends a series of Christian beliefs that were under criticisms or that could come under potential criticisms.

In his Summa Theologica, Aquinas establishes the existence of four levels of law which had an underlying unity which is reason. What differentiates one form of law from the other is the level of reason involved. The highest and most comprehensive among them is eternal law which is reason that is operative in the universe as a whole. It is the natural and the ethical order which God had established. The next is divine law which is a special category of eternal law which is the revealed word of God in the Scripture.

The next level of law, Aquinas identifies as the natural law. The idea of natural law goes back to the stoics and refers to moral law that is discovered by reason alone. It assumes that man has the capacity to reason and arrive at certain  ethical conclusion that would be binding on them whether it is specified in the law or not. For example, we do not need to have a criminal code to understand that murder is wrong and behave accordingly. The uniqueness of Aquinas’ theory of natural law is that it establishes a link between the natural and the supernatural – between nature and spirit. This is so because, says Aquinas, that right and wrong are determined by God’s eternal law and hence natural law is nothing else that the rational creature’s participation in the eternal law. Human’s moral reasoning is in short the extension of the spiritual principle that transcends nature. Finally, human law is the application of human reason to the precepts of natural law in specific earthly conditions.

The political theory of Aquinas closely parallels Aristotle’s. His writings ‘On Kingship’ can be considered as the most methodical political work. Aquinas largely follows the pattern of arguments that were adopted by Aristotle in his ‘Politics’. He argues that the State is natural because it is natural for man… to be a social and political animal, and to live in a group. Consequently he emphasizes that political activity in necessary and good. Aquinas further like Aristotle, roots people’s political nature in their capacity to reason and to speak. Subsequently he emphasizes that it is through reasoned action in the political sphere that humans achieve virtue and there for happiness and fulfilment. Like Aristotle, he believes that the state is a moral community where the moral good of its members are considered as its objective. Thus, he argues that the state should be based on justice and the best should rule for the good of the public which should be under the constraints of law. Such an argument leads us directly to the problem of classifying constitutions and yet again Aquinas follows the principles of Aristotle by using both qualitative and quantitative methods. He classifies constitution by the number of those who rule and the quality of their rule.

St. Thomas Aquinas who is regarded as one of the great figures of medieval thought founded a tradition which came to be known as Thomism. The basis of his political theory can be found in his commentary on Aristotle’s Politics in de regimineprincipum (on the Rule of Sovereigns) while he was at the papal court in Italy (1259-68). Following Aristotle he held that the state is a natural and not a conventional institution and it is a perfect society (communities perfecta). He argued that it is natural and not conventional because human beings were social animals. They needed to form a society to survive, prosper and for their cultural development. Gregarious animals do this by instinct but humans on the other hand do it by reason.

All power according to Aquinas comes from God since it involves the power of life and death which in the Church’s doctrine is a prerogative of God. It is at this juncture that Aquinas deviates from Aristotle but returns when he turns to the question of the sovereign which is natural. It is natural in that without a governing body capable of making decisions that would be binding, it would result in anarchy and people would destroy each other. The sovereign or government in the view of Aquinas is the representative of those governed.

The state therefore, is not in any way dependent on the church. Aquinas argued that each had a separate role and an end.