Protecting the components from potential misuse and abuse by unauthorized users.

Protecting the components from potential misuse and abuse by unauthorized users.

ü Subject of an attack

Computer is used as an active tool to conduct the attack.

ü Object of an attack

Computer itself is the entity being attacked 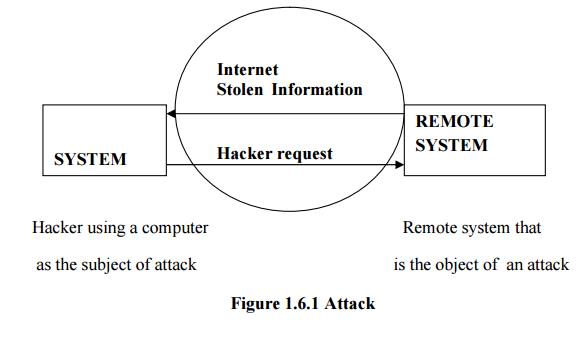 When a Hacker uses his personal computer to break into a system.[Originate from the threat itself]

When a system is compromised and used to attack other system.

[Originate from a system or resource that itself has been attacked, and is malfunctioning or working under the control of a threat].

Has to provide the security and is also feasible to access the information for its application.

Information Security cannot be an absolute: it is a process, not a goal.

Should balance protection and availability.

- Has higher probability of success.

- Dictate the goals & expected outcomes of the project.

- Determine who is suitable for each of the required action.