The ability to isolate, separate, and visualize DNA fragments would be useless unless some method was available to cut the DNA into fragments of different sizes.

When two different DNA samples are cut with the same sticky-end restriction enzyme, all the fragments will have identical overhangs. This allows DNA fragments from two sources (e.g., two different organisms) to be linked together (Fig. 3.3). Fragments are linked or ligated using DNA ligase, the same enzyme that ligates the Okazaki fragments during replication. The most common ligase used is actually from T4 bacteriophage. Ligase catalyzes linkage between the 3′-OH of one strand and the 5′-PO4  of the other DNA strand. Ligase is much more efficient with overhanging sticky ends, but can also link blunt ends much more slowly. (Specific fragments for ligation are often isolated by agarose gel electrophoresis as described earlier.) 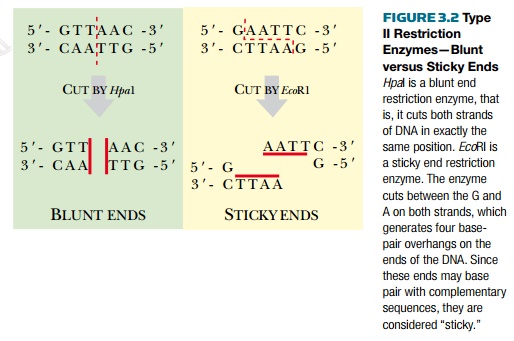 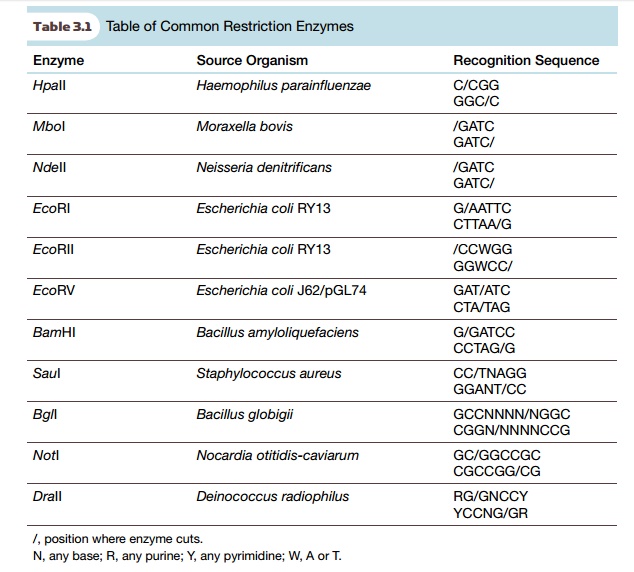