Because foreign proteins, especially if made in large amounts, can be toxic to E. coli, the promoter used to express the foreign gene is critical.

Because foreign proteins, especially if made in large amounts, can be toxic to E. coli, the promoter used to express the foreign gene is critical. If too much foreign protein is made, the host cell may die. To control protein production, expression vectors have promoters with on/off switches; therefore, the host cell is grown up first and the foreign protein is expressed later. One commonly used promoter is a mutant version of the lac promoter (Fig. 3.23). This lacUV promoter drives a very high level of transcription, but only under induced conditions. It has the following elements: a binding site for RNA polymerase, a binding site for the LacI repressor protein, and a transcription start site. The vector has strong transcription stop sites downstream of the polylinker region. The vector also has the gene for LacI so that high levels of repressor protein are made, thus keeping the cloned genes repressed. Like all vectors, there is an origin of replication and antibiotic resistance gene for selection in bacteria. When a gene library is cloned behind this promoter, the genes are not expressed due to high levels of LacI repressor. When an inducer, such as IPTG, is added, LacI is released from the DNA and RNA polymerase transcribes the foreign, cloned, genes. 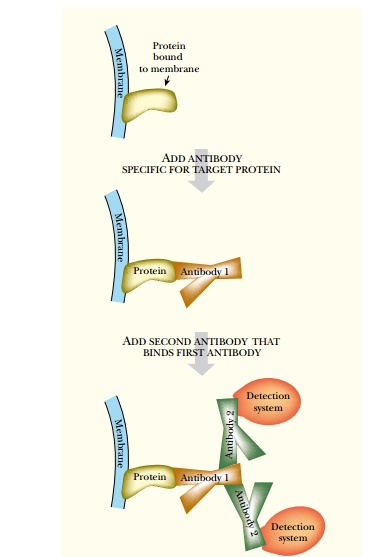 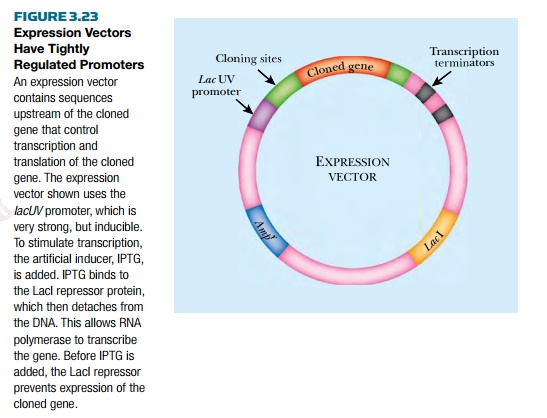 Another common promoter in expression vectors is the lambda left promoter, or PL. It has a binding site for the lambda repressor. The gene of interest or library fragment is not expressed unless the repressor is removed. Rather than using its natural inducer, a mutant version of the repressor has been isolated that releases its binding site at high temperatures. So when the culture is shifted to 42°C, the repressor falls off the DNA and RNA polymerase transcribes the cloned genes.

Another expression system uses a promoter whose RNA polymerase binding site only recognizes RNA polymerase from the bacteriophage T7. Bacterial RNA polymerase will not transcribe the gene of interest. This system is designed to work only in bacteria that have the gene for T7 RNA polymerase integrated into the chromosome and under the control of an inducible promoter.

Some expression vectors contain a small segment of DNA that encodes a protein tag. These are primarily used when the gene of interest is already cloned, rather than for screening libraries. The gene of interest must be cloned in frame with the DNA for the protein tag. The tag can be of many varieties, but 6HIS, Myc, and FLAG® tag are three popular forms (Fig. 3.24). 6HIS is a stretch of six histidine residues put at the beginning or end of the protein of interest. The histidines bind strongly to nickel. This allows the tagged protein to be isolated by binding to a column with nickel attached.

Myc and FLAG are epitopes that allow the expressed protein to be purified by binding to the corresponding antibody. The antibodies may be attached to a column, used for a Western blot, or seen in vivo by staining the cells with fluorescently tagged versions of the Myc or FLAG antibodies. (The histidine tag can also be recognized with a specific antibody, if desired.) 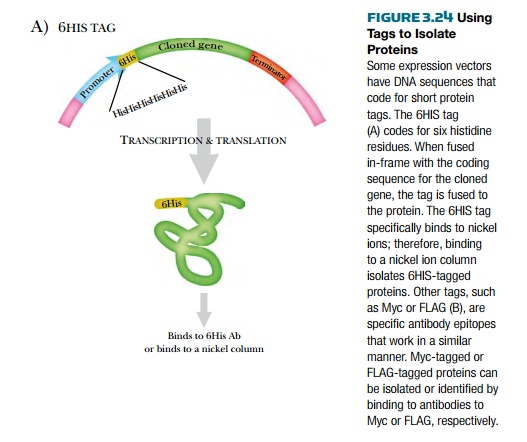 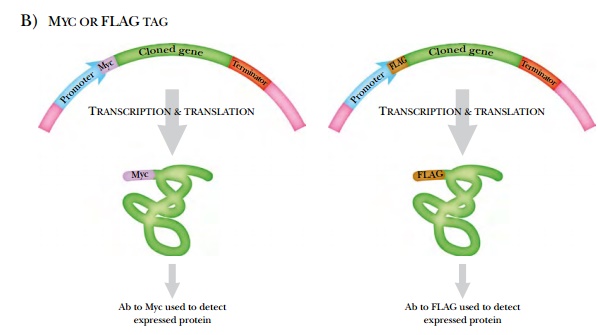