Crossing over results in the formation of new combination of characters in an organism called recombinants.

Crossing over results in the formation of new combination of characters in an organism called recombinants. In this, segments of DNA are broken and recombined to produce new combinations of alleles. This process is called Recombination. (Figure 3.12) 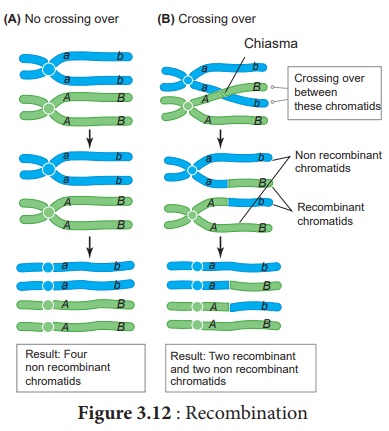 The widely accepted model of DNA recombination during crossing over is Holliday’s hybrid DNA model. It was first proposed by Robin Holliday in 1964. It involves several steps. (Figure 3.13) 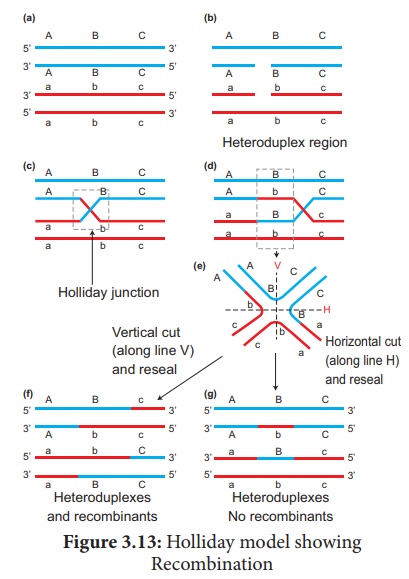 1.     Homologous DNA molecules are paired side by side with their duplicated copies of DNAs

2.     One strand of both DNAs cut in one place by the enzyme endonuclease.

3.     The cut strands cross and join the homologous strands forming the Holliday structure or Holliday junction.

4.     The Holliday junction migrates away from the original site, a process called branch migration, as a result heteroduplex region is formed.

5.     DNA strands may cut along through the vertical (V) line or horizontal (H) line.

6.     The vertical cut will result in hetero duplexes with recombinants.

7.     The horizontal cut will result in hetero duplex with non recombinants. 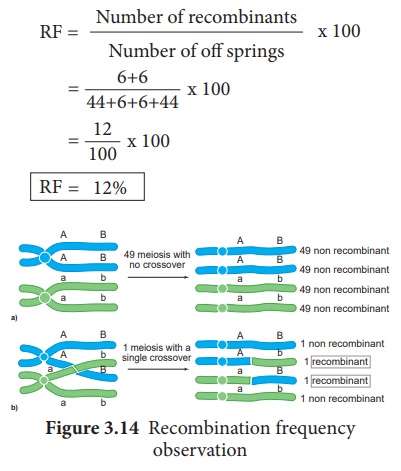